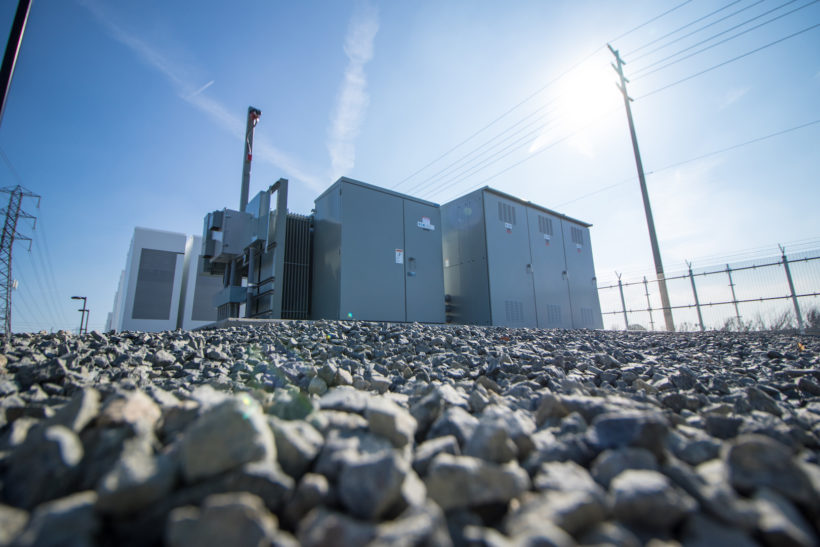 Part of the Tesla modular battery energy storage system that was installed near the Mira Loma substation. (Southern California Edison)

Tesla, a U.S. company that produces renewable energy technology, will build a 100-megawatt, grid-scale storage facility in South Australia to help that state stabilize its power grid. Tesla is partnering with Neoen, the French renewable energy company that built the Hornsdale Wind Farm north of Adelaide.

“The system will be three times more powerful than any system on Earth,” Tesla CEO Elon Musk told reporters in Adelaide when the deal was announced in July. “This is not like a minor foray into the frontier — this is like going three times further than anyone’s gone before.”

Part of the agreement with the government of South Australia is delivery by December 2017. Tesla completed a similar, smaller 80-megawatt installation in record time at Mira Loma in Ontario, California, in 2016.

South Australia has forged ahead with renewable energy installations, but it has been plagued by power blackouts. The new energy storage will help stabilize the grid by providing enough power for 30,000 homes. The stored electricity will kick in during peak usage times, when the cost of electricity is high. The batteries will charge up when there is excess power.

“This lowers the average cost per hour to the customer,” Musk said. “It’s a fundamental efficiency improvement.”