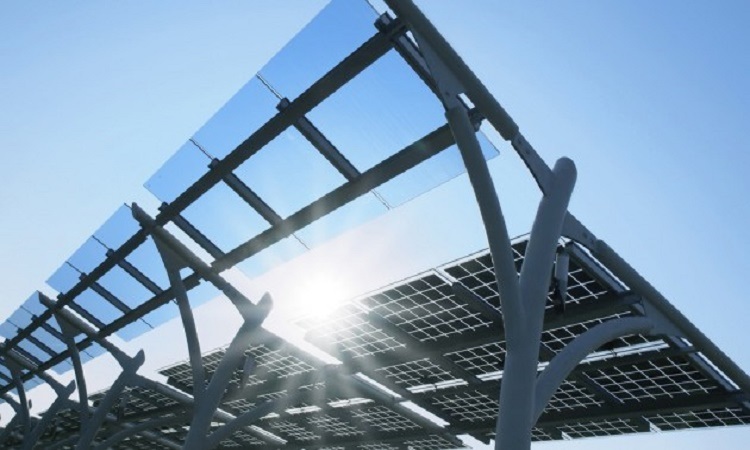 Parity is a state of being equal.

Many people have never heard about it, but grid parity is important in countering climate change. Why? Energy from renewable sources is clean energy. As renewable energy technologies achieve grid parity, they can more quickly replace fossil fuels that produce the greenhouse gases that drive climate change.

That means a cleaner, cooler Earth.

Grid parity is fast being achieved in regions within and outside the United States as the cost of renewable energy technologies drops. Since 2008 the costs of both wind and solar installations have plummeted, and that has led to faster adoption of renewables. Investment in wind and solar has brought improved technology, better supply chains, and an increase in production — all of which help lower prices.

Likewise, the cost of utility-scale solar photovoltaic (PV) technology has dropped 64 percent over the same period, which in turn has made solar power cheaper. Lower prices have made smaller solar arrays on rooftops of homes and businesses — called distributed solar PV — more attractive. Installations increased by 34 percent between 2014 and 2015.

But location is everything. Regions with high renewable energy capacities already achieve grid parity at certain seasons and times of day. Nevada and Arizona have more sunlight than Washington or Oregon, for example. South Africa gets more sun than Germany — although Germany ranks second in global installed solar PV.

Today 20 U.S. states are at grid parity, and 42 states will have it by 2020 “under business-as-usual conditions,” according to a 2016 GreenTechMedia report. The report also finds that in some places residential solar is cheaper than buying electricity from the utility company.

Figuring out when grid parity is reached, by what technologies, and where, may be determined by calculating the levelized cost of energy, which factors in costs of production, operation and amount of electricity produced.

But renewable energy is becoming fossil fuels’ equal in parts of Europe, South America, Africa and Asia. According to a recent McKinsey report, South Africa is the potential leader in Africa for grid parity as it ramps up its utility-scale and rooftop wind and solar installations.