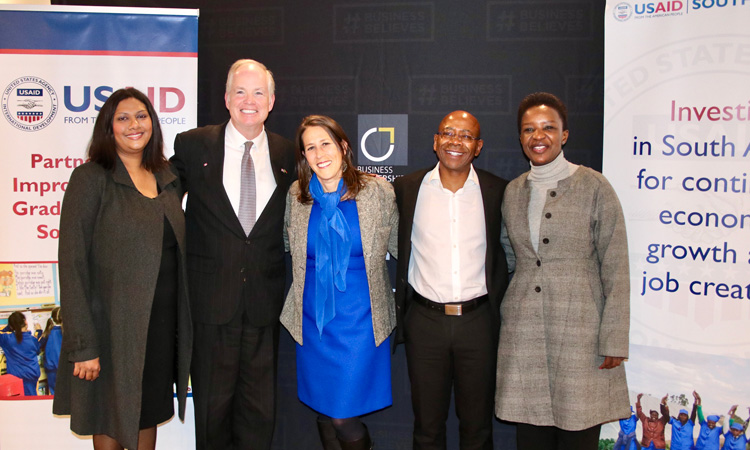 (Johannesburg) The U.S. Embassy in Pretoria, through the United States Agency for International Development (USAID), and Business leadership South Africa (BLSA) announced a three-year extension of their ground-breaking development partnership, the Beyond Advocacy Fund, with an infusion of an additional $3.6 million in funding.  This partnership tackles some of the most pressing socio-economic challenges in South Africa, such as youth unemployment, access to education, and the promotion of small business development.

BLSA and USAID established the fund to leverage their knowledge and resources in support of development projects and South Africa’s National Development Plan.  BLSA implements the program, which has attracted the participation of all spheres of the South African government, civil society, and non-BLSA member companies.

In announcing the extension, BLSA CEO Bonang Mohale said, “The renewal and extension of the BAF partnership is principally in recognition of the phenomenal success that the project has seen in the last three years.”

“Our commitment to support South Africans and their ambitions has not changed.  We continue to stand shoulder-to-shoulder with South Africa.  The Beyond Advocacy Fund has leveraged U.S. Government and private sector funding for a total of $5 million dollars, or more than 66 million Rand.  Imagine what we could do with more support for this endeavor,” she commented.  “Giving grant money to development projects is good, but it is ultimately not sustainable.  Private sector-led development in partnership with the public sector is, and it gives South African citizens and businesses ownership of the process,” she added.