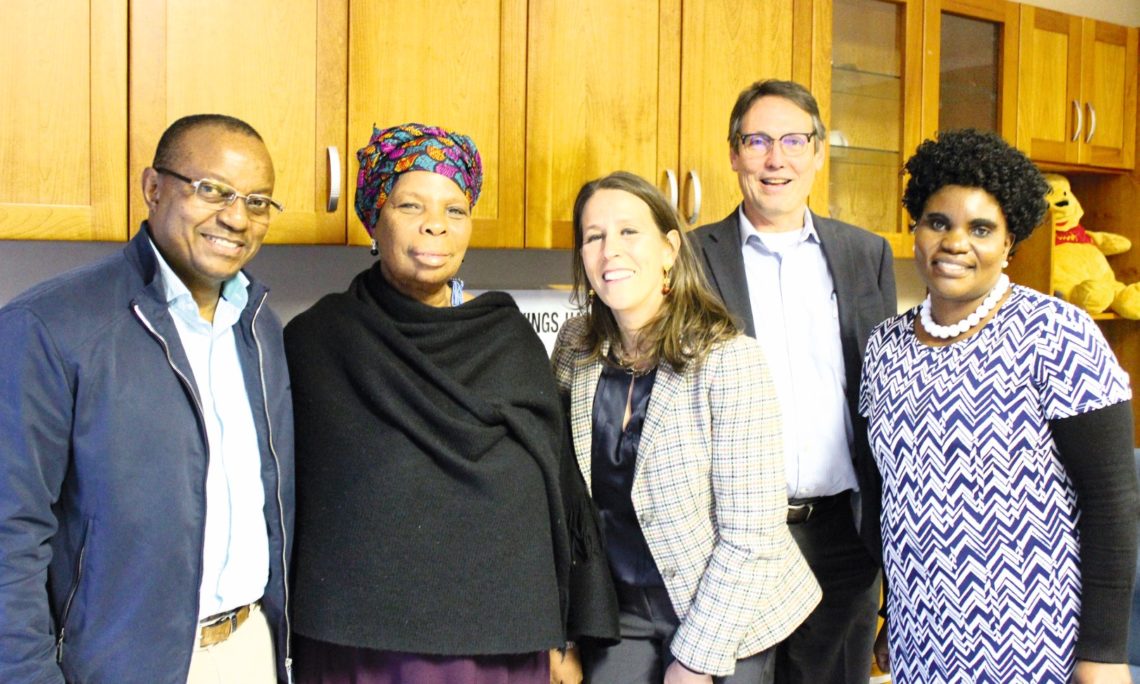 On her recent visit to the Lowveld, the US Embassy’s chargé d’affaires, Jessye Lapenn, learned more about some of the work the Embassy does in Mpumalanga.

Sex workers are identified as a key population, or group of individuals, most likely to be exposed to HIV and transmitted diseases, and are thought to carry the highest HIV burden of all key populations in South Africa.

he programme was launched nationally in 2010 and saw the beginning of services specifically for sex workers, whereas previously, they had been overlooked and underserved, particularly in terms of health and social services.

“Because there is a stereotype and a stigma against sex workers, gender-based crime is perpetuated. It is not only them who suffer. Children of sex workers are still children. They too are not getting services they need because of their mothers’ profession,” Mohamed told Lowvelder.

According to the programme description, the criminalised context of sex work in South Africa is the primary barrier to implementing effective human rights-based prevention programming with sex workers.

The initiative is peer educator-led, which means that those with sex-work backgrounds provide their fellow workers with knowledge and psychosocial support.

At present, five sex workers are training to become auxiliary social workers and 14 others are already working in the areas of Mbombela, Nkomazi, Komatipoort, Barberton, Hazyview, White River and Malalane.

Mohamed thanked Lapenn for the opportunity to showcase the work GRIP does in the Lowveld community.

Lapenn said she was most impressed by the impact of the programme in the Lowveld.

“GRIP has a proven track record of working with US funding. This is actually US taxpayers’ money, and there is something compelling with how it works with an NGO like GRIP. (We are) very enthusiastic and excited to see the direct link between Americans and South Africans,” she said.

Lapenn also visited Bhubezi Community Health Centre in Lillydale, met with alumni of various US exchange programmes, and joined the MEC for education to learn about the early grade reading education at a local school.

“We witnessed a wide range of government and NGO work. What I saw was people doing really important and interesting work for their communities, and using US government money to help them achieve their goals.”