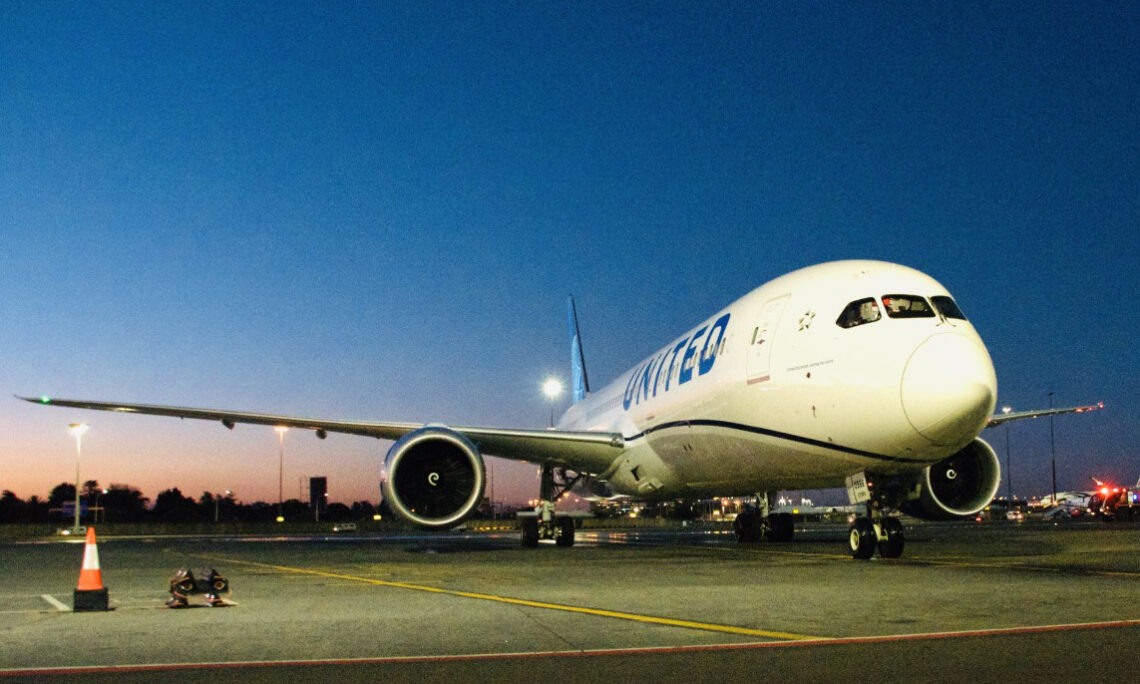 The new service is operated with state-of-the-art Boeing 787-9 Dreamliner aircraft. Together with the airline’s seasonal, three-times weekly service between Cape Town and New York/Newark, United will offer more nonstop services from South Africa than any other U.S airline.

United Airlines has inaugurated its nonstop daily service between its New York hub at Newark Liberty International Airport and O.R. Tambo International Airport, with the arrival of the first flight into Johannesburg today. The new service is operated with state-of-the-art Boeing 787-9 Dreamliner aircraft, featuring United’s award- winning United PolarisSM business class cabin and United Premium PlusSM premium economy seats. Together with the airline’s seasonal, three-times weekly service between Cape Town and New York/Newark, United will offer more nonstop services from South Africa than any other U.S airline and is the only airline providing a daily nonstop service between Johannesburg and New York.

“We are excited to inaugurate our new service between New York/Newark and Johannesburg, which further expands our Africa route network and provides our customers from South Africa with even greater travel choices via our New York/Newark hub to as many as 80 U.S. destinations this year,” said Patrick Quayle, United’s Vice President of International Network and Alliances. “This service, operated with a brand-new Boeing 787-9 Dreamliner, offers our customers from South Africa our newest, award-winning aircraft, featuring our United Polaris suites and United Premium Plus seats.”

“The inauguration of daily flights by United Airlines is a vote of confidence in South Africa as a safe destination for business and leisure tourism, but also in the health and safety protocols we apply to ensure that air travel to, from and within South Africa remains safe and does not promote the spread of COVID-19 internationally. As Africa’s largest airport operator, we are acutely aware of the social and economic impact that the pandemic and travel restrictions have caused. The opening of this new long-haul route is a major milestone on South Africa’s and the region’s road to recovery,” said Mpumi Mpofu, Airports Company South Africa CEO.

“United Airlines’ launch of daily service between Newark and Johannesburg shows the confidence and connection that binds our two countries. This flight builds a bridge between the United States and South Africa that will open doors for greater trade and investment and inject millions of dollars into South Africa’s tourism economy. We are proud to open this new chapter in our relationship,” said Todd Haskell, Chargé d’Affaires, U.S. Mission to South Africa.

“We are excited to welcome United Airlines as it will definitely boost South Africa’s efforts to continue to grow business and leisure tourists’ arrivals out of North America. South Africa is ready to welcome back visitors from across the world and is certainly open for business. We look forward to many years of success on this route, as we continue to satisfy the needs of our travellers,” said Mmamoloko Kubayi-Ngubane, South Africa Minister of Tourism,.

“The aviation sector worldwide has been severely impacted by the pandemic. Our Airports Company South Africa (ACSA) has not been an exception. Though we have not recovered to pre-covid numbers, the indications are that we are on a recovery path and South Africa is still a destination of choice for economic and tourism travellers. The return of United Airlines to South Africa is one of the important indicators that we are on a recovery path and the aviation sector will see growth. We welcome and celebrate the return of United Airlines back to our open skies,” said Fikile Mbalula, South Africa Minister of Transport.