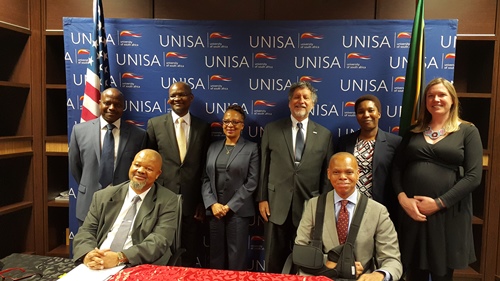 Selected participants between the ages of 18 and 35 years will receive training in one of three main areas: business and entrepreneurship development; public management and governance; or civic leadership.  Taking advantage of UNISA’s long experience in distance education, training will be offered both online and in person.

Ambassador Gaspard said, “Thank you for this partnership and thank you for this opportunity. I cannot wait to see what will happen as a consequence of these brilliant young minds leveraging all that UNISA brings to the table, all that USAID brings to bear and all the tools that they will get from the US and African private sectors and our government.”