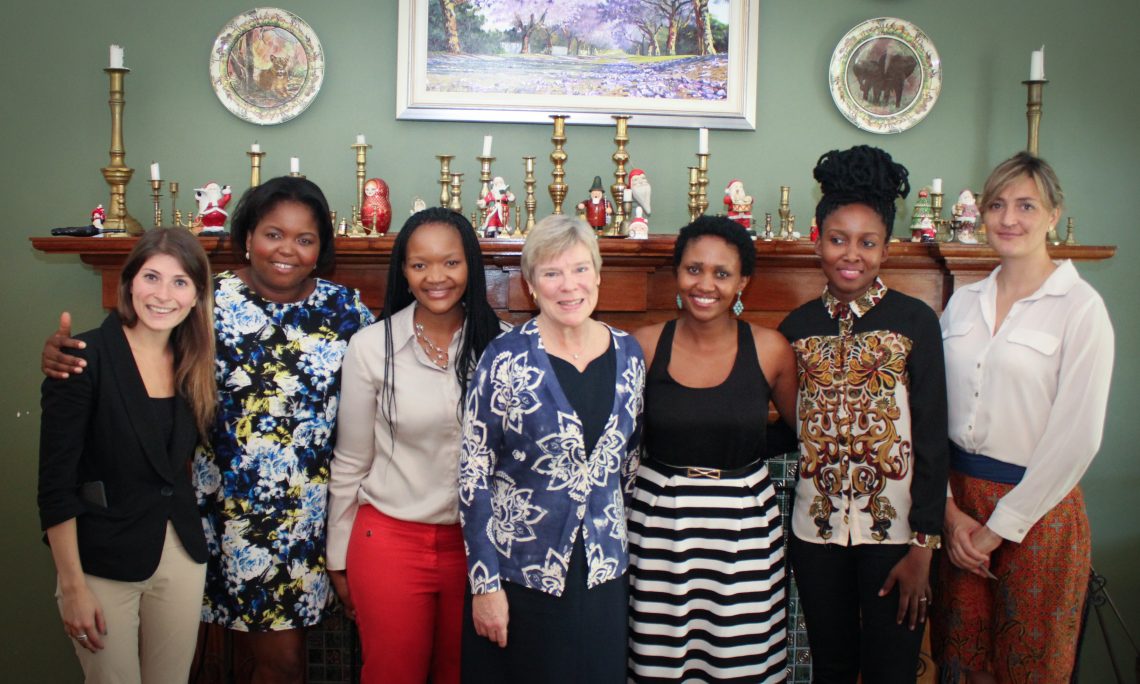 On December 11, Under Secretary (U/S) of State for Arms Control and International Security Rose Gottemoeller traveled to Pretoria for meetings on security cooperation, peacekeeping, and nonproliferation matters with her counterparts at the Department of International Relations and Cooperation (DIRCO).  While in Pretoria, she also met with Mandela Washington Fellow alumnae to discuss leadership and women in science.  This was part of a regional visit that included stops in Kenya and Angola.

U/S Gottemoeller also hosted a gathering for young women who are alumnae of the Mandela Washington Fellow program.  Attendees, who have recently completed this professional development and exchange program in the United States, discussed the importance of STEM (Science, Technology, Engineering, and Mathematics) education for girls while sharing their own accomplishments as young leaders in South Africa.