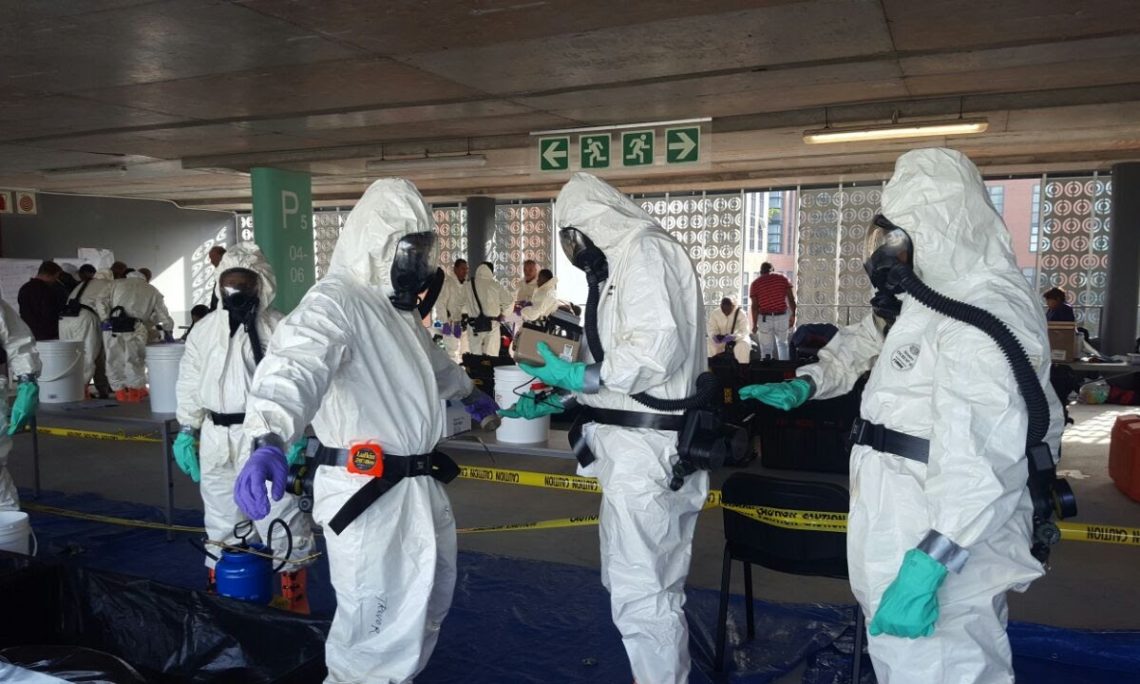 South African law enforcement officers participates in training on how to respond in the case of a Chemical, Biological, Radiological, Nuclear, Explosive (CBRNE) incident.

This was the second time DTRA has conducted the CSO training in Africa, both times in South Africa, with a course held in Durban in 2016; during the Durban course, DTRA donated equipment worth about R5 million ($400,000) to the SAPS.

The CSO course is just one example of NCIS, DTRA, and larger U.S. Government’s partnerships with South African law enforcement and security officials to ensure the long-term safety of both South Africans and Americans.

The instructors included DTRA members, FBI Special Agents, and a SAPS official who participated in the Durban course. Groups discussed the investigative process, how to plan for a possible incident and examined the role of evidence collection and preservation. The course also showed participants how to identify CBRNE, using detection and monitoring devices, and how to collect evidence in a hazardous CBRNE environment.

Recurring themes from all parties throughout the closing remarks focused on the professionalism and diversity of the participants and instructors; the need for continued interagency and bilateral teamwork; and the bilateral desire to partner together to build increased capacity to combat crime and other emerging threats.