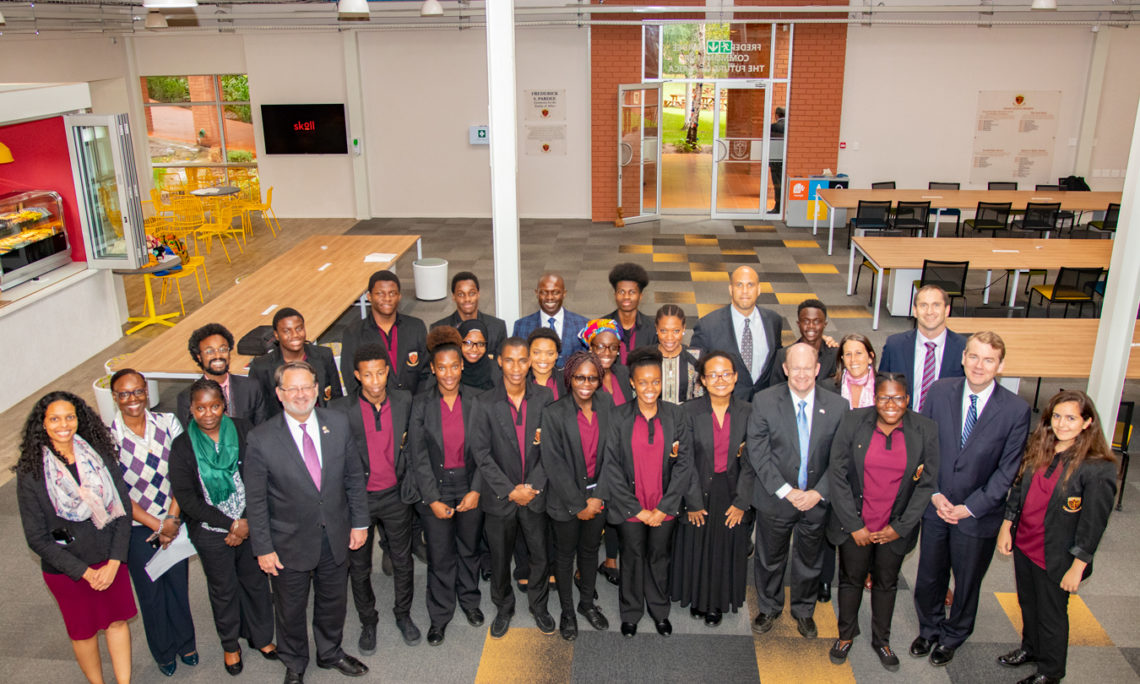 A bipartisan delegation of United States Senators visited South Africa from April 4 – 6, 2018 on a visit to strengthen ties between the American and South African people.

Led by Senator Christopher Coons of Delaware, the delegation sought to increase partnerships and enhance trade and investment opportunities which can lead to greater prosperity for both of our countries.

The Senators are pictured here with U.S. Chargé d’Affaires Jessye Lapenn, and students and faculty during their April 5 visit to the African Leadership Academy.