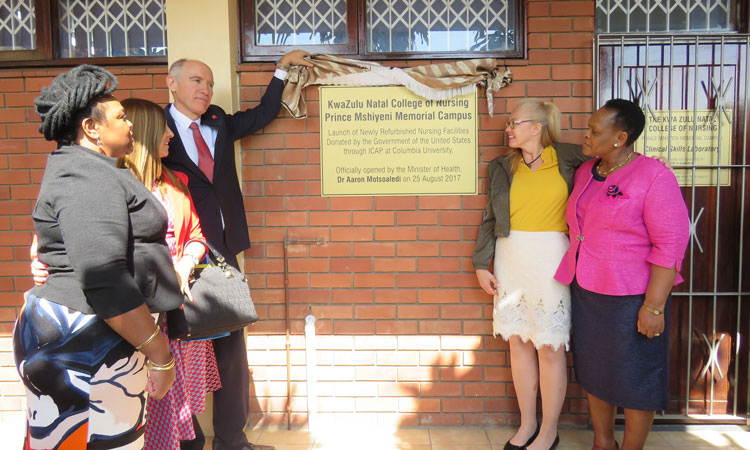 Over 866 nursing graduates have benefited from high quality training through the Nursing Education Partnership Initiative (NEPI) between the governments of South Africa and U.S.

Durban | August 25, 2017: U.S. Embassy South Africa Health Attaché Steve Smith officially handed over the #NEPI program to South Africa’s National Department of Health at Prince Mshiyeni Memorial Hospital in Durban, KwaZulu-Natal on Friday, marking the completion of the first phase of the program. In the first phase; a new curriculum for three nursing cadres was developed and piloted at three colleges of nursing for implementation across South Africa.

“It’s an honor for the people of the U.S. to partner with the people, nurses and government of South Africa. The U.S. government continues to work with African countries to transform medical and nursing education,” said Smith.

The NEPI, is funded by the U.S. President’s Emergency Plan for AIDS Relief (#PEPFAR) to improve the quality of nurse graduates in South Africa’s colleges of nursing; producing highly skilled nurses and midwives to address population health needs of the country.

Smith also officially opened the newly refurbished nursing facilities at Prince Mshiyeni Nursing College Campus; a donation by the U.S. Government through ICAP at Columbia University. 106 NEPI nursing students are expected to graduate from the Prince Mshiyeni College of Nursing later this year.