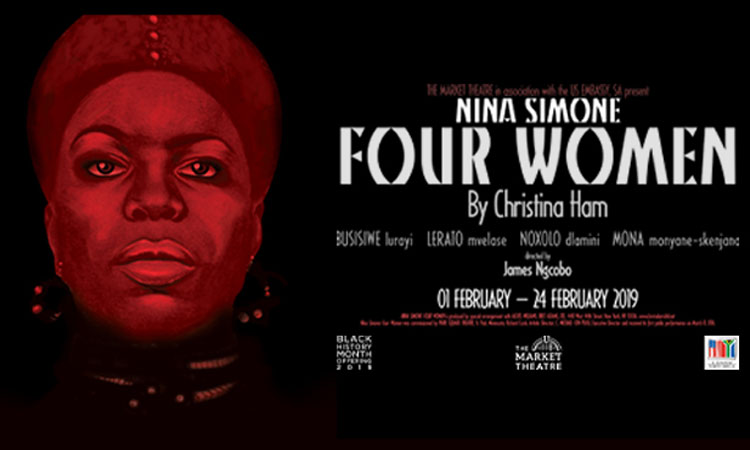 “Nina Simone: Four Women,” written by American author Christina Ham, is set in the immediate aftermath of the horrific September 16, 1963 bombing of the 16th Street Baptist Church in Birmingham, Alabama.

“Nina Simone: Four Women,” written by American author Christina Ham, is set in the immediate aftermath of the horrific September 16, 1963 bombing of the 16th Street Baptist Church in Birmingham, Alabama.  The play uses the framework of Nina Simone’s song, “Four Women,” as it brings together four female characters who, in the course of the play, confront and give voice to their personal suffering and the devastating effects of racism and discrimination.  The 1963 bombing proved a pivotal moment in Nina Simone’s career as a songwriter, marking her shift to an artist-activist.  The performances will include some of Nina Simone’s most famous Civil Rights activist songs.

U.S. Embassy Chargé d’Affaires Jessica Lapenn said, “We are tremendously excited to support the production of ‘Nina Simone: Four Women’ at the Market Theatre to honor Black History Month and, in particular, the voices of black women.  I am confident that the themes brought to life through the actors, music, and the inspiring direction of James Ngcobo, will resonate powerfully with South Africans.  I also hope the play will spark important dialogue about the challenges our two countries have faced – and continue to face – in striving to build a society based on equality and justice, in which people, to quote Dr. Martin Luther King, Jr., ‘will not be judged by the color of their skin, but by the content of their character.’ We congratulate the Market Theatre for putting on another stellar performance to commemorate Black History Month 2019.”

Funding for this project is a part of U.S. Mission’s ongoing support for educational and cultural exchange programs in South Africa.  These programs, sponsored by the U.S. Department of State, promote dialogue and encourage mutual understanding between Americans and South Africans.  For more information about U.S. Embassy and Consulate educational exchange programs, please visit: