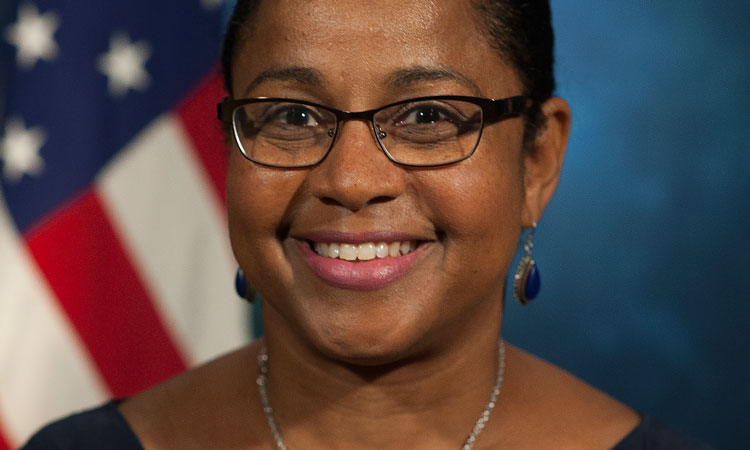 Sherry Zalika Sykes is a career Foreign Service Officer with the U.S. Department of State with previous diplomatic postings in Lagos, Addis Ababa, Durban, and Maputo.  She has served in Washington D.C. in the Department’s Bureau of Oceans and International Environmental and Scientific Affairs leading U.S. representation to ocean pollution conventions.  Most recently, she served as Deputy Director of the Office of Conservation and Water and team lead for combating wildlife trafficking.  In 2014 she was awarded the Una Chapman Cox Sabbatical Fellowship where she focused on violence prevention and intervention with Yale University’s Violence and Health Study Group and the NGO Cure Violence.

Prior to joining the Department of State, she served as a private sector development advisor to USAID Tanzania and held numerous leadership positons in local government and organizations in California, including as the executive director of a Community Development Corporation.  She holds B.A. degrees from Stanford University in International Relations and African and Afro-American Studies and a Master’s degree in Public Administration from Harvard University’s Kennedy School of Government.  She speaks Swahili and Portuguese and is working to acquire some Zulu language skills as she begins her term as Consul General in Durban.  Her husband, Michael Jordan, is a banker and economist working for USAID’s Power Africa, which works to increase the number of people with access to power in sub-Saharan Africa.

For more information about the activities of Consul General Sykes, please follow us on social media @USEmbassySA or visit our website at https://za.usembassy.gov/.