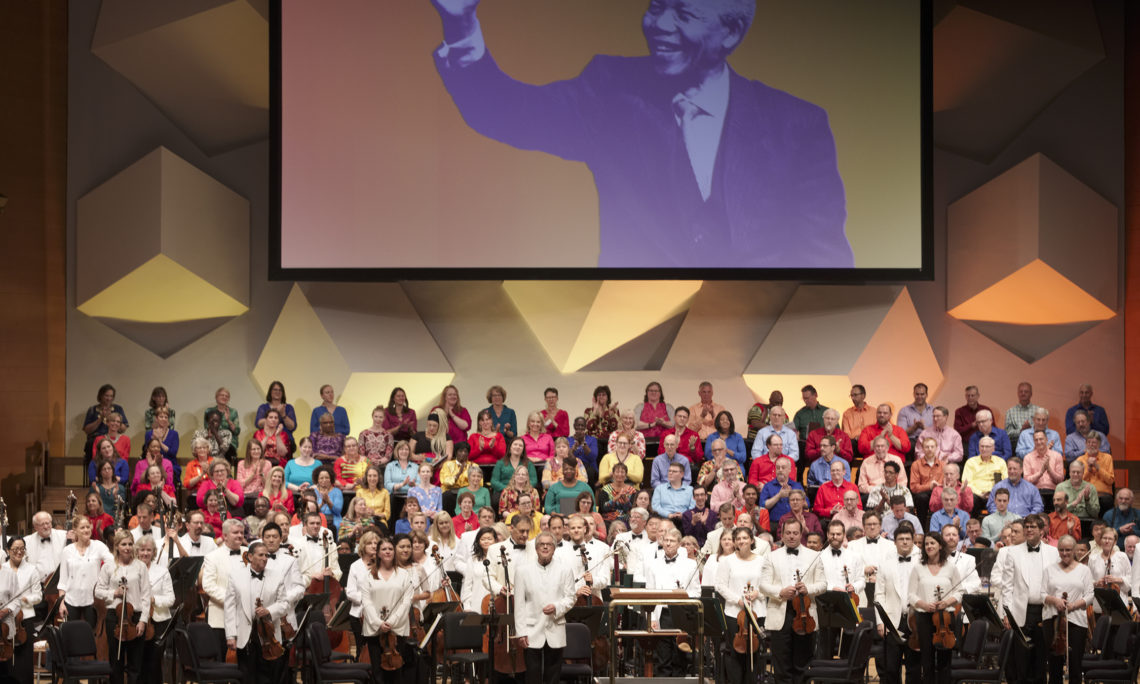 Over the course of its 12-day tour, the Minnesota Orchestra, in partnership with Classical Movements, will collaborate with more than 800 South African musicians and 20 leading musical organizations as the ensemble performs in Cape Town, Durban, Pretoria, and Johannesburg.

Americans have long admired Nelson Mandela, respecting his commitment to moral leadership, democracy, and freedom for all — shared values we still hold close to our hearts today.

Chargé d’Affaires Jessye Lapenn said, “The Minnesota Orchestra’s tour was made possible through the generosity and initiative of private American citizens and corporations that value the warm ties between our countries, which have continued to deepen since that first visit to the United States by Nelson Mandela.”

Inspired by Music Director Osmo Vänskä’s collaboration with the phenomenal South African National Youth Orchestra, Music for Mandela is a musical exchange that will also see the world premiere of Harmonia Ubuntu by South Africa’s own Bongani Ndodana-Breen.

The Minnesota Orchestra also will participate in a series of cultural exchanges with local musicians through the Cape Music Institute, the Cape Town Philharmonic Youth Orchestra, the KwaZulu-Natal Youth Wind Band, the South African National Youth Orchestra, the New Hope International Exchange, and the University of Pretoria.

Find more information about the orchestra’s tour at www.minnesotaorchestra.org.