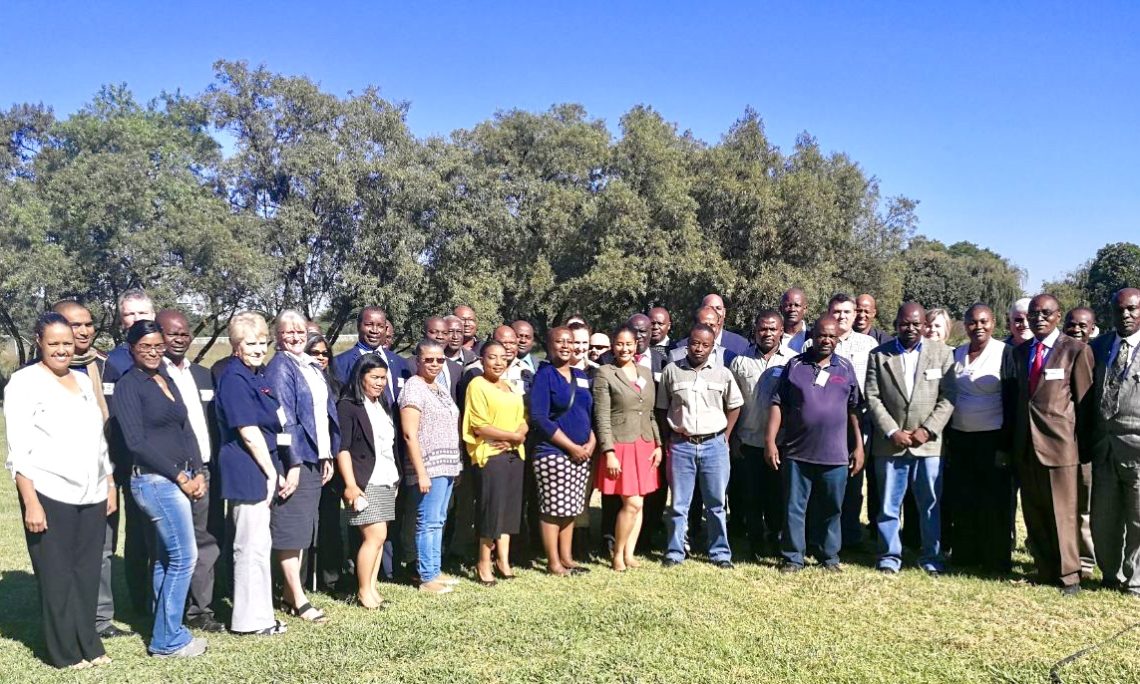 Representatives from animal health authorities in the SADC region recently attended a highly pathogenic avian influenza (HPAI) workshop that focused on sharing best practices around the detection and surveillance of bird flu. The training took place at the Agriculture Research Council Onderstepoort

Early Detection to Prevent Outbreaks and Spread of Avian Influenza

The U.S. Embassy in Pretoria is hosting a workshop on surveillance and early detection to prevent outbreaks and the rapid spread of Highly Pathogenic Avian Influenza HPAI (“bird flu”) in Pretoria April 24-26.  Bringing together epidemiologists and veterinarians from throughout Southern Africa, the workshop seeks to explore international best practices for early detection and surveillance in order to enable for rapid detection of infections.

“Surveillance, early detection, and a quick diagnosis can be the difference between life and death.  We have learned a lot from previous ‘bird flu’ outbreaks in the U.S. and around the world.  Workshops such as this allow us to share hard-won lessons and expand the body of knowledge so that future outbreaks may be avoided here in South Africa and across the region,” said Area Director of APHIS Jeromy McKim.

Dr. Moetapele Letshwenyo of the World Organization for Animal Health said, “In fact, the global trend of HPAI is worrisome.  Since late 2016, we are seeing more countries reporting the disease.  Equally, the geographical range has increased due to the seasonal movements of wild migratory birds and the spill-over to holdings where poultry and other captive birds are kept.”  He expressed concern this disease could affect farm security and food security in the region as well as the livelihoods of farmers.

“I am grateful to the OIE and the USDA for organizing this workshop and also for choosing our beautiful country to host the workshop,” said Mpho Maja, Director of Animal Health at the Department of Forest and Fisheries at the opening of the workshop.  She emphasized the importance of surveillance, but mentioned nothing should be overlooked in the prevention of HPAI:  “Laboratory capacity, staff on the ground to collect the right samples, correct transportation of the samples, and wildlife surveillance…we can never underestimate all of those combined.  We can’t focus on one and leave the rest,” she said when emphasizing the role surveillance plays in the control of the disease.

Animal health authorities from all SADC countries are participating in the workshop aimed at strengthening international cooperation and increasing awareness among animal health and wildlife authorities in the region.

Bird flu outbreaks in 2017 resulted in culling and the loss of millions of Rand to the South African poultry industry.  In an effort to equip the veterinarians with surveillance skills to prevent further outbreaks, APHIS offered this workshop, which represents one of many areas of cooperation between the U.S. and South Africa across sectors including agriculture, business, technology, academia, healthcare, and government.