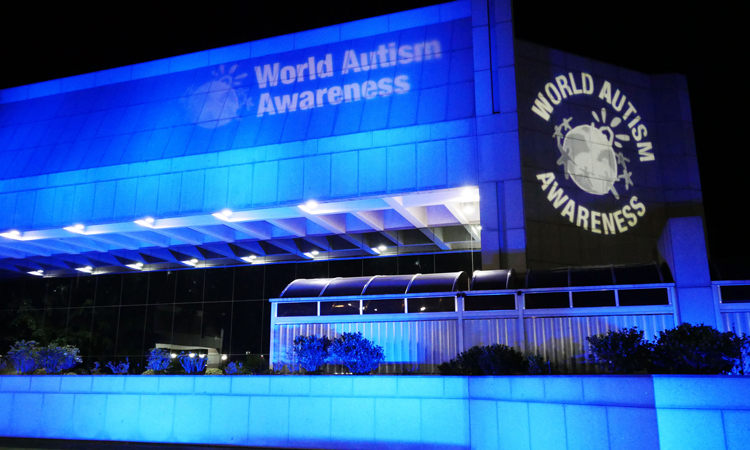 The U.S. Embassy in Pretoria is delighted to announce its participation in the signature campaign of “Autism Speaks” by joining the Light It Up Blue campaign, which is dedicated to raising international awareness of autism during World Autism Awareness Day on April 2.  The U.S. Embassy at 877 Pretorius Street in Pretoria is joining the campaign from March 27 to April 2 in honor of World Autism Awareness Week.

The Light It Up Blue campaign is part of a global movement that includes lighting up homes and communities, as well as iconic buildings and landmarks such as New York City’s Empire State Building, the Sydney Opera House in Australia, Niagara Falls in Canada, Christ the Redeemer statue in Rio de Janeiro, Brazil, Great Pyramid of Giza in Cairo, Egypt, and the Canton Tower in China.  Blue has been designated is the official color for autism awareness.

Embassy Chargé d’Affaires Jessica Lapenn said, “The U.S. Embassy in Pretoria joins citizens around the world in shining bright blue lights that honor of the millions of individuals and families affected by autism.  We hope that this humble effort will demonstrate our support for South Africans, Americans, and people around the world who deserve increased understanding and acceptance of Autism Spectrum Disorder.”

Autism Spectrum Disorder (ASD) is a complex developmental disability, and people with ASD may communicate, interact, behave, and learn in ways that are different from most other people.  The learning, thinking, and problem-solving abilities of people with ASD can range from gifted to severely impaired.  Social acceptance, inclusion, education and employment are lifelong challenges for individuals and families living with ASD.

For photos of the U.S. Embassy in Pretoria during the Light It Up Blue campaign, please visit:  https://flic.kr/s/aHskRMkTFJ.  For more information about ASD and related support resources in South Africa, please visit Autism South Africa’s website at http://aut2know.co.za/.