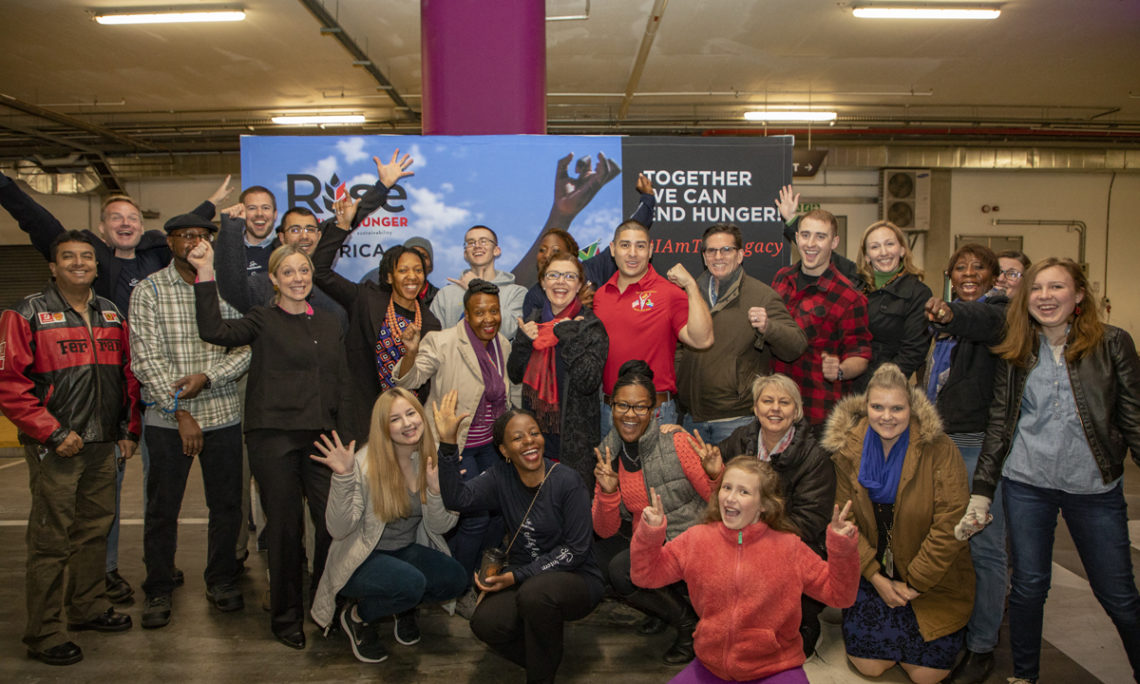 To honor the legacy and lifetime of service embodied by Nelson Mandela, a team from the U.S. Embassy in Pretoria joined Sun International and the Minister of Social Development, Susan Shabangu, to give 67 minutes of service on Mandela Day, July 18, where they packed food parcels for South African children in need.

The U.S. Embassy joined volunteers from nine cities around the country who partnered with Rise Against Hunger to contribute to their efforts to feed more than 58,000 children throughout South Africa.  This initiative forms part of the Mission’s Mandela Centenary commemorations.

Acting Deputy Chief of Mission Elizabeth McKay said, “Nelson Mandela is widely respected and admired by many American leaders and private citizens.  Those are the sentiments behind Americans’ commemorations of the Centenary through a variety of activities here in South Africa and in the United States.  For example, our Consulate General in Johannesburg commemorated Mandela Day through a community clean-up and tree-planting with local neighborhood residents.  Here in Pretoria, Embassy staff joined Sun International and the Minister of Social Development, Susan Shabangu, to give 67 minutes of service to pack food parcels for children in need.  Our consulates in Cape Town and Durban are also engaging in similar service activities in their communities.  And in August, the U.S. Mission will support a visit by the Minnesota Orchestra to South Africa, the first ever South Africa tour by a major American orchestra.  The Minnesota Orchestra fundraised from American citizens and corporations to bring their full complement of world class musicians for five concerts in honor of the Centenary.  They will take place August 8-18, in Cape Town, Durban, Johannesburg, Soweto, and Pretoria for a tour entitled ‘Music for Mandela.’  We hope to see you there!”