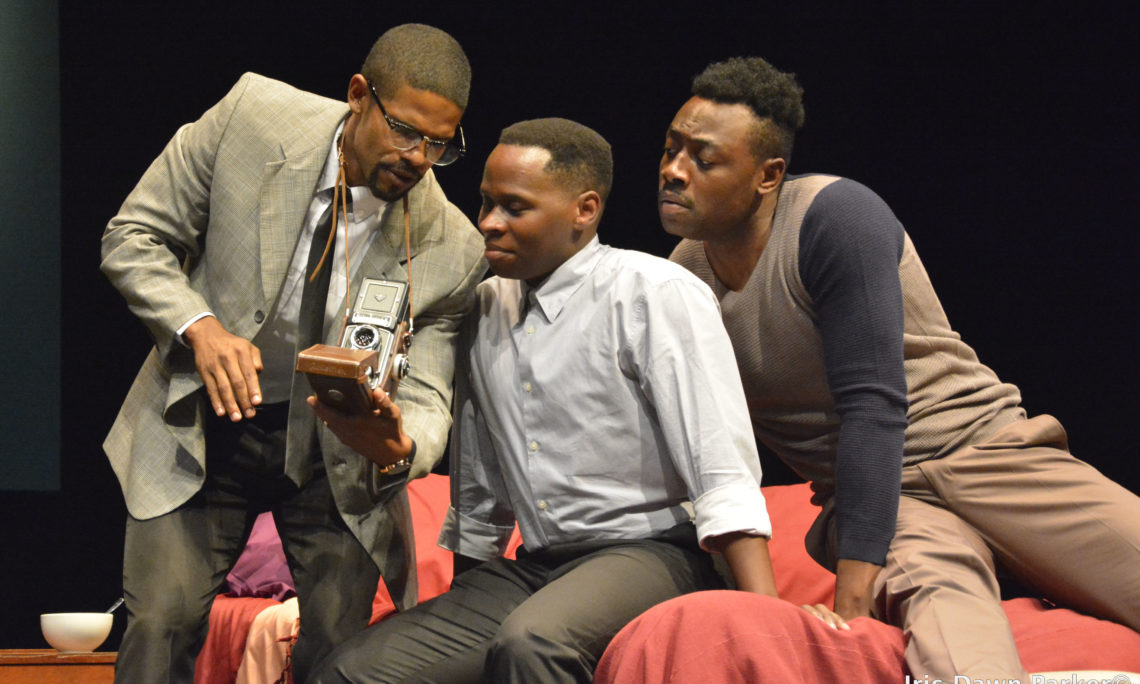 The U.S. Embassy is pleased to announce its support for the production of One Night in Miami… at the Market Theatre, February 2-25, 2018.  To commemorate Black History Month, recognized each year in February, the U.S. Embassy has partnered with the Market Theatre in Johannesburg to deliver high-impact and thought-provoking drama to South African audiences.

One Night in Miami…, written by American playwright Kemp Powers, tells the imagined narrative of the actual meeting between Malcolm X, Muhammad Ali (still called Cassius Clay that night), music legend Sam Cooke (A Change Is Gonna Come), and American football Hall of Famer Jim Brown in a hotel following Ali’s victory over Sonny Liston for boxing’s World Heavyweight Championship in 1964.  These men, among “the greatest of all time,” were icons to many in America, and each would change America in their own unique style.  Indeed, the influence of Muhammad Ali and Malcolm X would be felt around the world, with fellow boxer and President Nelson Mandela calling Ali a “hero,” an “inspiration, even in prison.”  Ali returned the admiration, personally presenting the first copy of his autobiography to Mandela.

Chargé d’Affaires Jessye Lapenn referenced that mutual admiration when she said, “We are delighted to partner with the Market Theatre once again this year – a particularly poignant year during which Americans will join South Africans and people around the world to honor the legacy of Nelson Mandela by commemorating his Centenary – to bring you One Night in Miami…  I hope audiences not only enjoy this stellar performance directed by the incomparable James Ngcobo, but also imagine the internal struggles each man faced as he confronted the challenges and responsibilities of personal fame, and how to harness his talents to end inequality and injustice in America.  Their internal conflicts were real, and reverberate through society still today.  We hope this play, set amidst the American Civil Rights Movement, fosters conversations about the achievements of the past, the challenges of the present, and how to ensure equality and justice for all.  We congratulate and thank the Market Theatre for yet another thought-provoking, dramatic performance to commemorate Black History Month 2018.”

Performances will take place February 2-25, 2018, on the Market’s big stage, the John Kani Theatre, from Tuesday through Saturday at 20:00 and Sunday at 15:00.  Tickets may be purchased at www.markettheatre.co.za, www.webtickets.co.za , or at any Pick n Pay kiosk.

This is a part of the U.S. Embassy’s ongoing support for educational and cultural exchanges in South Africa.  These programs aim to promote dialogue and encourage mutual understanding between Americans and South Africans.  For more information about U.S. Embassy programs, please visit:  za.usembassy.gov, www.facebook.com/USEmbassySA, and twitter.com/USEmbassySA