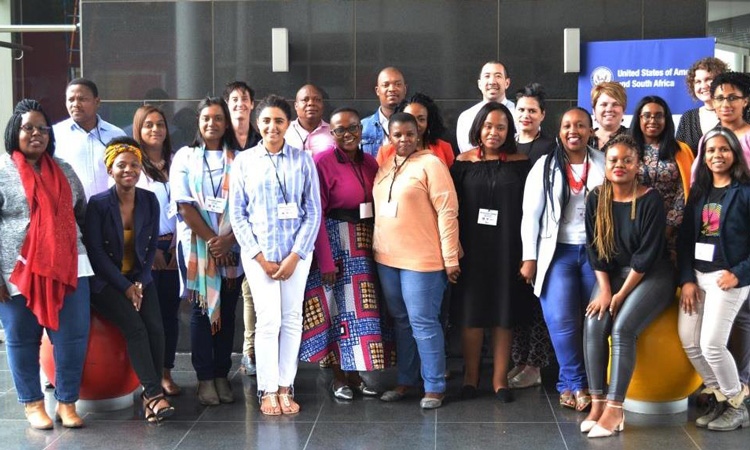 The course provided an opportunity for journalists to learn about the latest scientific and technological breakthroughs in HIV prevention and treatment, HIV vaccine trials, and HIV research underway in South Africa and the United States.  Many of the initiatives featured in the seminar have been funded through the U.S. Presidents Emergency Plan for AIDS Relief (U.S. PEPFAR).

Anne-Christine d’Adesky, an award-winning American journalist and author who has reported on HIV for over 25 years, and award-winning South African journalist Thrishni Subramoney led the workshop, which was implemented through a grant to IREX.  The workshop focused on ways in which science and technology have advanced the HIV/AIDS response and how to communicate this in compelling and interesting ways to the public.

“The American people are deeply committed to supporting South Africa’s HIV response — one of the many ways we’re doing this is by connecting South African journalists with their American counterparts and public health experts who have dealt with some of the same issues in the HIV response in the United States and globally,” said Carrie Schneider, Assistant Information Officer at the U.S. Embassy, adding “We know that to control the epidemic, we need more people to get tested, to know their status, to get on treatment if necessary, and to stay on treatment.  There have been so many exciting medical advances in recent years that an HIV positive test result is no longer what it used to be.  Lifesaving care and treatment is widely available and in most clinics the same day.  People now can live long, happy, normal lives if they have the information to make healthy choices for themselves and their loved ones.  Journalists play a critical role in sharing that information, and hopefully saving and improving people’s lives.”

U.S. PEPFAR has partnered with the South African government to support HIV prevention and treatment since 2004.  We have invested more than 70 billion rand toward this fight.  We’re proud to stand shoulder-to-shoulder with South Africa in the HIV response.