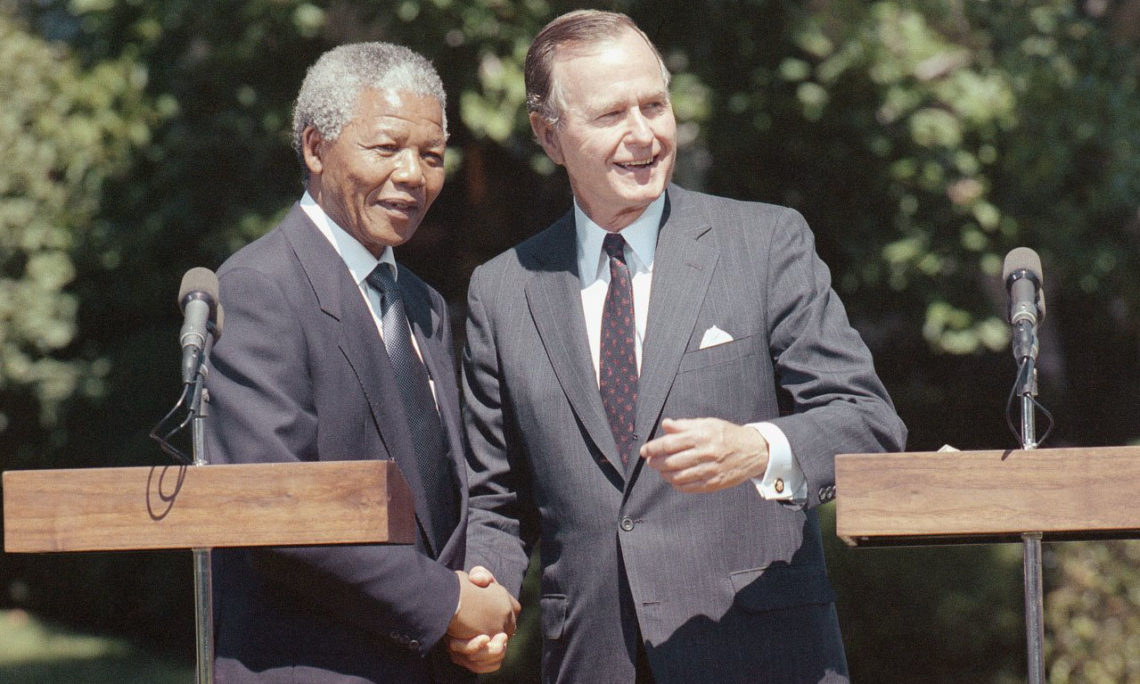 In 1990, President Bush met with Nelson Mandela during Madiba’s first visit to the United States after his release from prison.

On December 5, 2018, we close our Embassy and Consulates to pay homage to President George Herbert Walker Bush, who served as the 41st president of the United States, and died November 30 at the age of 94.

President George H.W. Bush was the longest-lived president in U.S. history and a statesman whose service to his country spanned his entire adult life.

South African President Cyril Ramaphosa commended President Bush’s commitment to a life of public service, and sent condolences from South Africans saying, “The thoughts of the South African people are with the American people, and in particular the Bush family, who are mourning the demise of one of their leaders.”

In 1990, President Bush met with Nelson Mandela during Madiba’s first visit to the United States after his release from prison.

Our President has proclaimed December 5, 2018, as a National Day of Mourning throughout the United States. “I call on the American people to assemble on that day in their respective places of worship, there to pay homage to the memory of President George H.W. Bush. I invite the people of the world who share our grief to join us in this solemn observance.”

Do read the proclamation and tribute at http://bit.ly/2QyBxnH