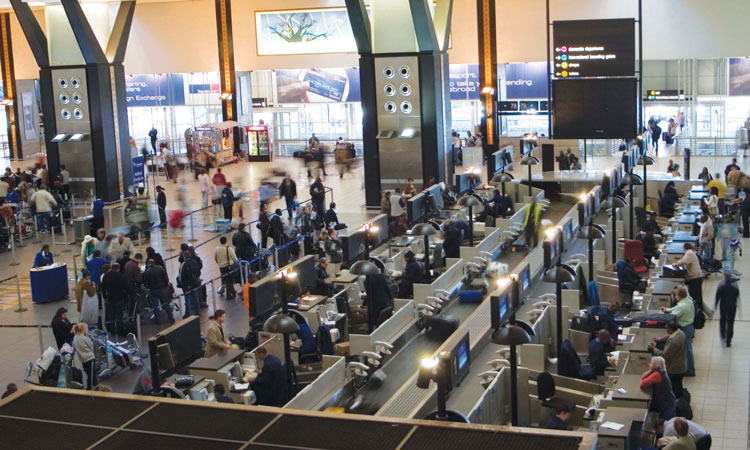 From February 22- 26, 2016, the United States Customs and Border Protection (CBP) offered a week long training on the Carrier Liaison Training program at OR Tambo International Airport.

In an interview with one of the facilitators, Christopher Rothwell from U.S. Customs and Border Protection, he stated that the mission of the training is to assist airlines with the boarding of passengers, to catch imposters and fraudulent documentation and to avoid and alleviate penalties and fines on the airlines for bringing a person to the United States who is not eligible.

“This course will help the participants catch the bad guys before they even get to the United States. In essence, we win and the Airline does not have to pay fines for and an additional airfare to bring back the culprits”. Rothwell also mentioned that this is not the first time the workshop has been offered to South Africans. He mentioned that it is the fourth workshop, and they tend to come to South Africa every two years. “We deal with every airline that goes to the United States”, he said.

Furthermore, Rothwell said they trained 60 participants in Johannesburg alone and were also going to Cape Town, as well. “We are expecting a good turnout, as South Africans seem to have an interest in this kind of training.” He also mentioned that the training is an outstanding initiative, because it will help curb the number of people who have fraudulent documents.

One of the participants from BidAir, Nomvula Nhlapho said she has learned a lot from the training. “There is so much information we can miss with regards to the names, expiry dates especially on passports”, and that costs our Airline is substantial amount of money when bringing back the offender, as well as the penalties that the United States charges us when we have not recognized a fraudulent document”.

Nomvula added that, she feels that this training should be done more often to ensure that passengers boarding planes are who they say they are and all other passengers are safe as they fly out of South Africa.

Upon completion of the course, participants will be able to identify the basic characteristics of counterfeit documents, identify imposters, do basic passenger assessments and have knowledge of the basic U.S. document entry requirements.