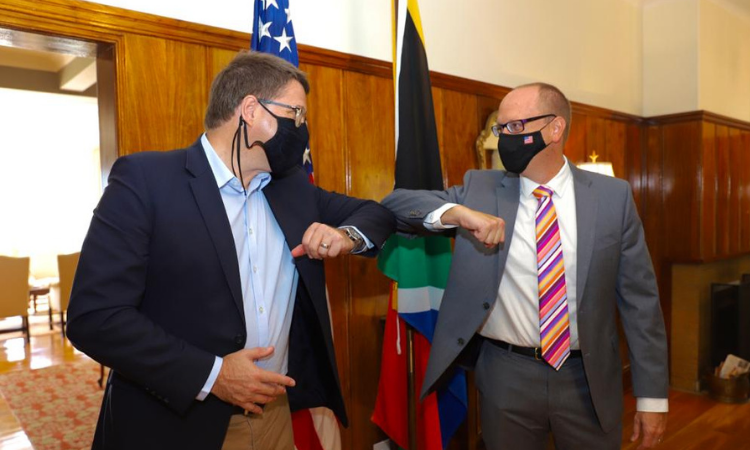 US Acting Consul General, Will Stevens and Western Cape Minister of Finance, Economic Opportunities, David Maynier at the the Trade and Investment Partnership Launch.

On 5 February 2021, the U.S. Consulate General in Cape Town and the Western Cape government jointly launched a Trade and Investment Promotion Partnership which will build on the momentum of the existing economic relationship to promote shared prosperity and economic development.

At the launch event, Western Cape Minister of Finance and Economic Opportunities, David Maynier, and U.S. Acting Consul General in Cape Town, Will Stevens, pledged to deepen cooperation and coordination to promote and increase bilateral trade and investment through various engagements, events, and high-level interactions.

The partnership will leverage the decades of innovative trade and investment promotion through the Western Cape’s agencies such as Wesgro, and the services, resources, and expertise of 17 U.S. government agencies to support U.S. and African businesses, and the African Growth and Opportunity Act (AGOA), which allows duty-free exports of more than 6,500 goods from Africa to the United States.

Acting Consul General Stevens said, “The trade and investment promotion partnership builds on our strong relationship with the Western Cape and the U.S. government’s commitment to increasing our already robust trade and investment. The partnership also reflects the U.S. private sector’s increasing interest in investing in the Western Cape and the potential for further expanding bilateral trade.”