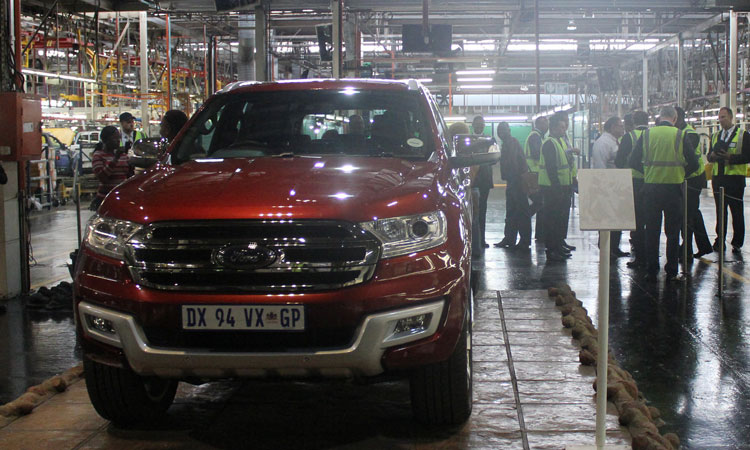 Today, at Ford South Africa, we celebrated another success in the U.S.-South African relationship.  Ambassador Gaspard joined Ford leadership and the Minister for Department of Trade and Industry Rob Davies for the unveiling of the new Ford Everest.

Not only does this represent an investment of R2.4 billion in the South African economy, the production of the Everest at Ford South Africa’s factory in Gauteng will expand Ford’s overall investment in Africa, create 1,200 more jobs, and provide additional training and development opportunities for South Africans.   And, as Ambassador Gaspard said, “they’re a really sweet ride!…They make me want to get behind the wheel and take a spin down the N1.”

All part of our #PartnershipforProsperity – 600 American companies, in addition to Ford, are investing here in a true partnership that creates prosperity for both South Africa and the United States.  Congratulations, Ford South Africa!