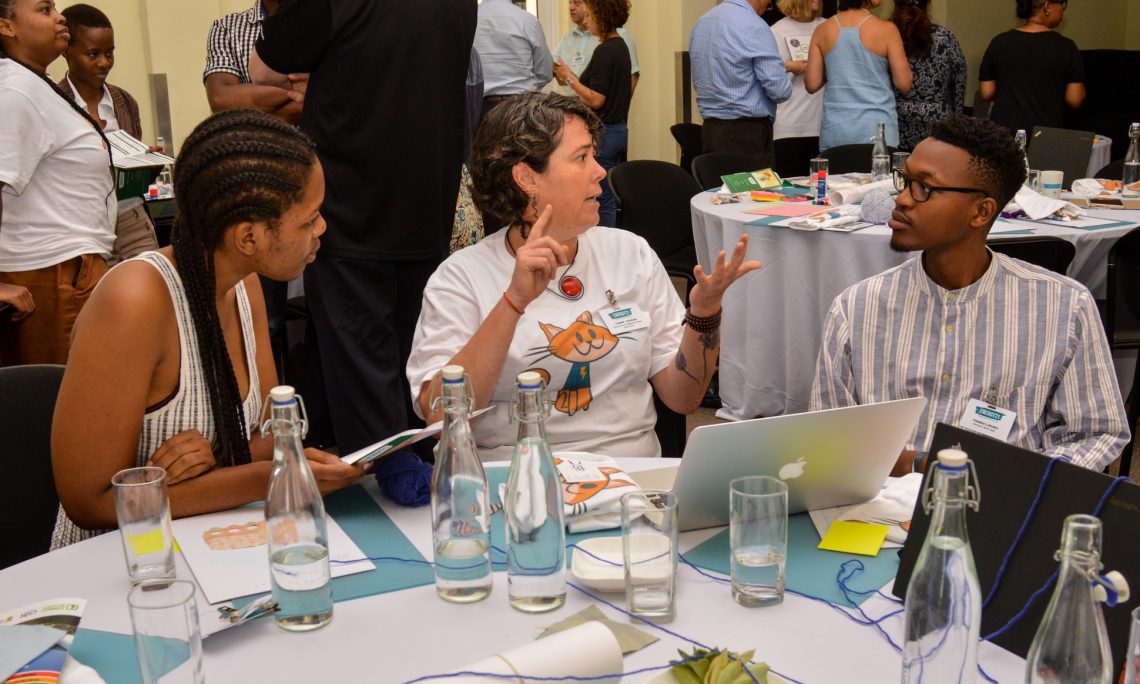 There is also an urgency to convert a general awareness and understanding about renewable energy into tangible action.

These were some of the key issues teased out and discussed at the U.S. Embassy Pretoria’s Energy21: Exchange Hub on telling the renewable energy story differently, which wrapped December 1.

The event, which drew over 60 people working in the renewable energy sector, focused on tactics for telling the renewable energy story differently in South Africa.  Participants considered how to best reach, touch, inform and convert new audiences, which is especially relevant following the announcement of South Africa’s updated Integrated Resource Plan 2020-2030 and the resounding success of the Renewable Energy Independent Power Producers Program (REIPPPP).

“South Africa is at the beginning of a very important renewable energy journey,” said Elizabeth McKay, Minister Counselor for Public Affairs at the U.S. Embassy.  “Finding new champions of renewable energy and encouraging more action will require us to shift the renewable energy narrative,” she added.

“South Africa’s renewables story is truly inspirational. We are transitioning towards a renewable future, which opens up opportunities.  By communicating more, we strengthen the possibility of a renewables-focused future. It’s also the most pressing challenge of our time and our generation’s time,” said Edkins, Climate Change and Communications Expert at the World Bank’s Connect4Climate program.

David Shelby, Director of Public Engagement at the U.S. State Department, said: “In the last five years South Africa has made tremendous headway for renewables – as evidenced by the highly successful REIPPP program roll-out.  This, in turn, has played an important part in building the economy and job creation. Now is the time to start telling this story and to communicate the benefits.”

Energy21: Exchange Hub saw communications experts paired with current and future leaders in the private sector, non-government organizations, and government who work on renewable energy policy and promotion to partake in strategic discussions and training.

One of the main messages about renewable energy: it is no longer as expensive as people think.

This is especially important at a time when the Department of Energy’s updated Integrated Resource Plan will be discussed to determine the country’s energy mix structure.  “Building new energy capacity from wind and solar is less costly than coal. Additionally, these also offer CO2 and water reductions,” said Bischof-Niemz.

“While educating the public on renewables must be grounded in science, there is also the need to work together to create public awareness on renewables, to stimulate community interest – in both urban and rural areas – and engage meaningfully.”

This sentiment was echoed by Edkins who believes that success lies in developing strong partnerships to drive a focused message on renewables. Connect4Climate is already testimony of what can be achieved.

Established partnerships with stakeholders, ranging from non-governmental organizations to the United Nations, have helped to harness Connect4Climate’s mandate of combating climate change through actions driven by solutions.

The conversations and outcomes from Energy21: Exchange Hub will continue with the intention of creating a strong and connected network within the renewable energy and communications industry. Participants acknowledged their shared passion for and commitment to  telling the renewable energy story differently, leading the way in creating narratives that touches the hearts and minds of all South Africans.

An agreed Action Plan by all Energy21: Exchange Hub participants will continue its momentum throughout 2017.

However, change really begins with each participant and their will to drive home change in their renewables environment.  “For us, success is for each person within the renewables industry to go home and implement one idea from Energy21 in their respective environments,” said Shelby.

More images from the Exchange Hub are available here.