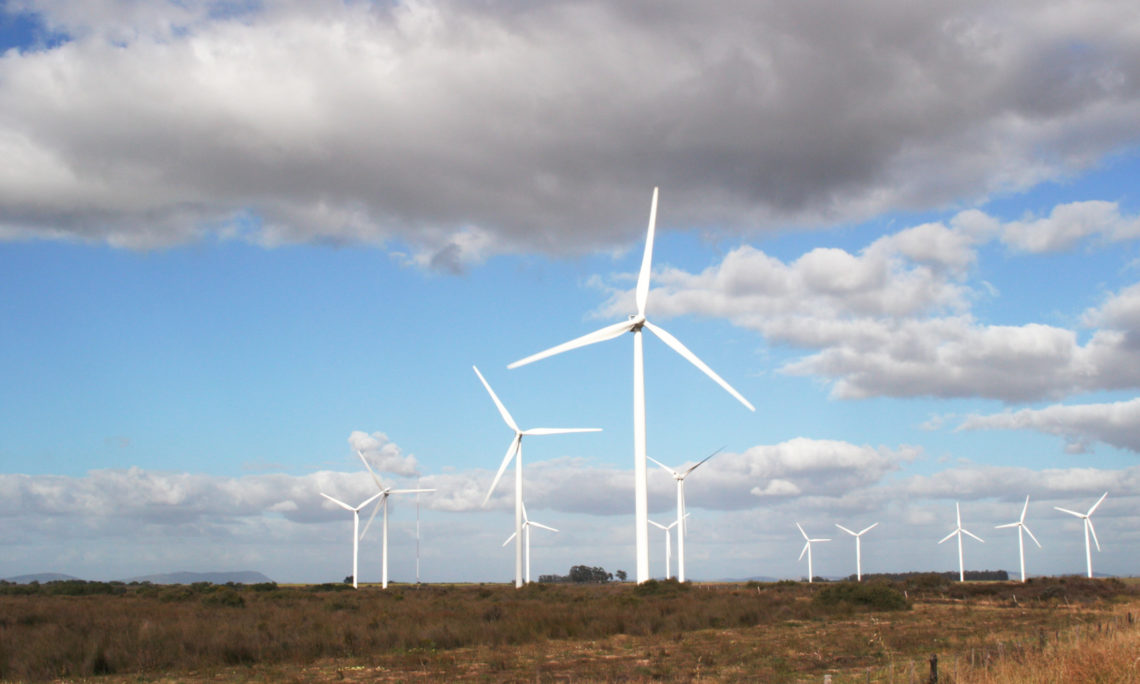 In 2014, Hopefield Wind Farm was the first project to be completed ahead of deadline under South Africa’s Renewable Energy Independent Power Producer Procurement Programme (REIPPPP). Hopefield has 37 wind turbines that supply 1.8 megawatts each, for a total of 66.6 MW. It can generate electricity to power 70,000 low–income or 29,000 medium–income South African homes.

Women were employed to remove overgrowth in a section of the wind farm that is a designated nature preserve. “One woman who started as an ordinary worker now runs a business,” Stoffels says.

Stoffels, who is also a former mayor of Saldanha Bay municipality and is currently a councillor there, says that from the outset Umoya worked with the community. “Everything was done with honesty and everyone was included,” she says.

The Hopefield Home Improvement Project — part of the Hopefield Wind Farm Local Community Company established by Umoya — boosted employment too. The goal is to upgrade homes by installing solar water heaters, insulated ceilings and electrical wiring. So the program trains unemployed residents in plumbing, carpentry and electrical skills, sending them to a four-week course at Northlink College in Cape Town. They then get on-the-job training.

The Hopefield Wind Farm Local Community Company is also committed to fostering education, particularly math and science. According to Stoffels, Hopefield Primary School was overflowing. Umoya now sponsors a teacher and an assistant at the school.

Stoffels hopes the success of the Hopefield Wind Farm will ensure growth in jobs, education and social welfare programs locally and set an example for renewable energy projects in other remote communities in South Africa.

As South African energy minister Tina Joemat-Pettersson has said, “South Africa’s renewable program is not only about electricity but also broader empowerment.” She added, “Economic development, social upliftment, job creation, broad–based economic empowerment and development of small and women-owned vendors are a hallmark of the program.”