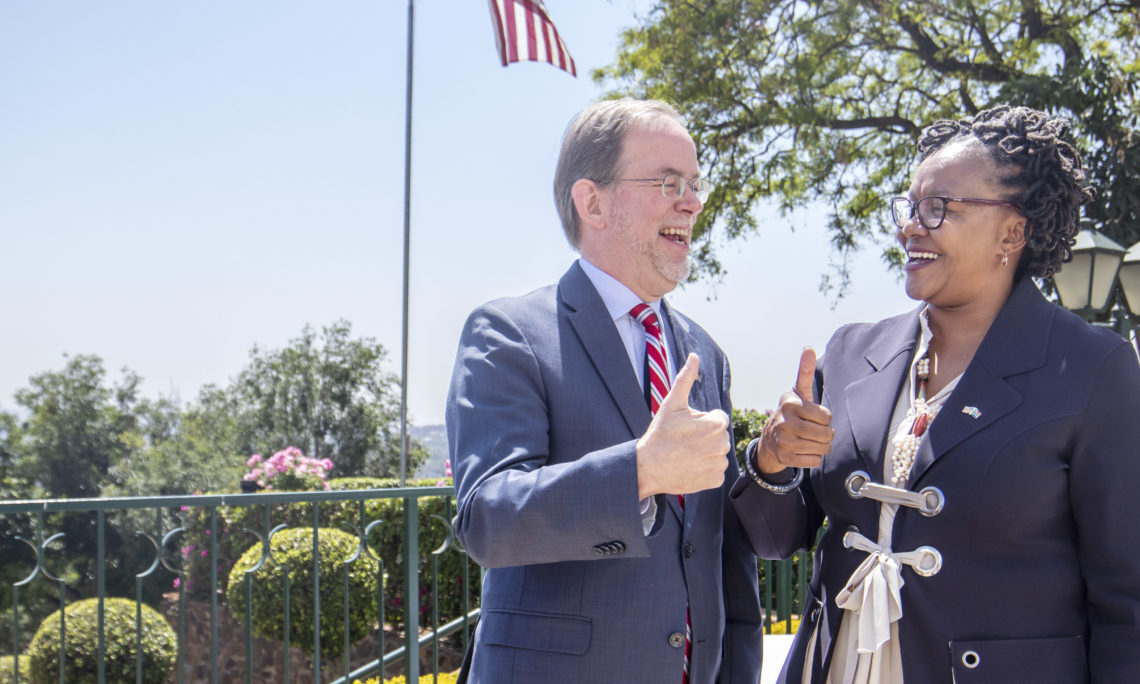 The meeting was co-chaired by Ambassador NM Lallie, acting Deputy Director-General: Americas and Europe at the Dept. of International Relations and Cooperation (DIRCO) and David Young, Chargé d’Affaires at the United States Embassy.

The ABF is one of three structured bilateral mechanisms between South Africa and the United States.  Its purpose is to review progress in sectoral cooperation and to make recommendations on future cooperation that advances the interests of both countries.  During the meeting, senior officials from several South African Government Departments and their counterparts from the U.S. Embassy discussed current and future cooperation in areas such as economic development, trade and investment, health, basic and higher education, agriculture, energy, water, environment, transportation, science and technology, and safety and security.

In line with the priorities identified by the South African Government, including to grow the economy, create jobs and address inequality, emphasis was placed on strengthening the bilateral trade and investment relationship, taking advantage of the opportunities offered by the African Continental Free Trade Agreement, the African Growth and Opportunity Act, and the new U.S. “Prosper Africa” initiative.  The participants also explored future cooperation in small business development and youth employment.  Opportunities were also identified for enhanced cooperation in promoting women’s empowerment and addressing gender-based violence (GBV) in South Africa.

The Forum noted that South Africa and the United States enjoy constructive and productive cooperation in many fields and continue to share mutually beneficial strategic priorities.  During the period under review, numerous successes were recorded in areas such as health, trade, education, environment, science and technology, and safety and security.  In particular, the meeting noted the 2020 Country Roadmap for South Africa that was recently released by USAID.  Participants also welcomed the announcement by the U.S. Government that next year’s annual funding for South Africa from the U.S. President’s Emergency Fund for AIDS Relief, or PEPFAR, would be increased to more than US$ 752 million, or R11 billion, largely in support of life-saving antiretroviral treatment (ART) for those living with HIV/AIDS.  The meeting also agreed on the need to continue close consultation and coordination on the various training and capacity-building initiatives offered by the United States Government.

South Africa and the United States reaffirmed their mutual desire for a strengthened partnership that advances shared prosperity, promotes inclusive growth and sustainable development, and encourages human development.  Both sides agreed to continue to nurture the relationship for the betterment of both countries and their respective peoples.