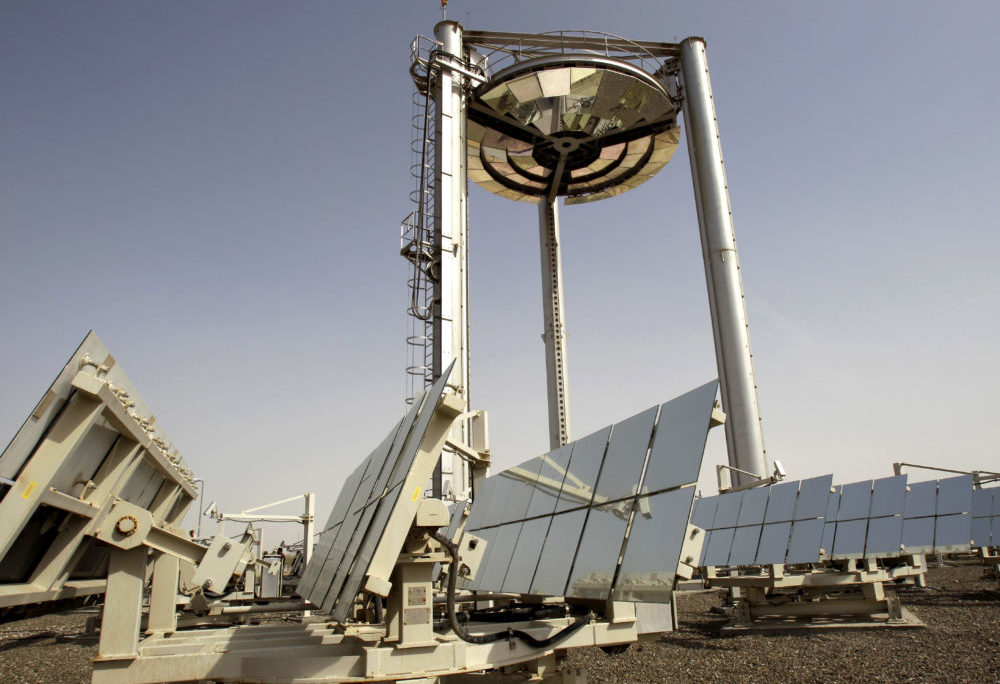 Oil- and gas-rich countries such as Saudi Arabia and the United Arab Emirates (UAE) are sinking significant money into renewable energy, particularly solar. And they are not the only Middle Eastern countries turning to renewables to strengthen their energy security and create jobs.

With the increasing affordability of both solar and wind technologies and the abundance of sun and wind in the region, investment in renewables makes perfect sense. As people demand more electricity for air conditioning and water desalination in the hot and arid desert, renewable energy resources potentially will provide cheaper power — and from resources that will not run out, as fossil fuels will.

Saudi Arabia is stepping up to the challenge. Its Vision 2030 shows a new commitment to renewable energy that adds momentum to the push other countries in the region are making to develop renewable energy infrastructure.

In fact, in April 2017, 14 Arab countries signed a memorandum of understanding to develop a common electricity supply market for the Middle East and North Africa. This would allow for a cooperative, balanced distribution of power throughout the region.

Saudi Arabia’s ACWA Power has embraced renewable energy in a big way, and has solar and wind project assets in 11 countries. It is a leader in concentrated solar power (CSP) project development. ACWA heads the list of investors in the joint venture Bokpoort CSP plant, which opened in March 2016 in South Africa’s Northern Cape province. The 50-megawatt plant was named the best 2016 renewable energy project by the South African National Energy Association.

SolarReserve, a U.S. company, is a partner with ACWA in the Redstone CSP plant, also in the Northern Cape. ACWA has renewable energy projects across the Middle East, in Africa and in Asia.

Abu Dhabi and Dubai in the United Arab Emirates are investing heavily in building their renewable energy capacities. The UAE is putting $163 billion toward clean energy projects that will supply 50 percent of its power needs by 2050.

Renewable energy can make Jordan more energy independent, for example. Jordan has been pursuing renewable energy since its parliament passed the Renewable Energy and Energy Efficiency Law in 2012. Renewable energy projects have the support of King Abdullah II, whose palace is powered by a solar plant. The Shams Ma’an plant, built by U.S.-based First Solar, opened in 2016 and powers 35,000 homes near Petra.

Algeria, Egypt and Morocco are likewise building their capacity to generate renewable energy.

And why not? Energy scientists like Mehran Moalem have worked out — based on World Energy Consumption & Stats — that the world needs about 17.3 terawatts of power annually. This electricity is provided by a mix of coal, oil, hydroelectric, nuclear and renewables. They have also calculated that solar panels installed over 111,000 square kilometers of Africa’s Great Saharan Desert — a fraction of its 9.3 million square kilometers — could take care of the world’s energy needs. That calculation is without the input of anything other than solar.