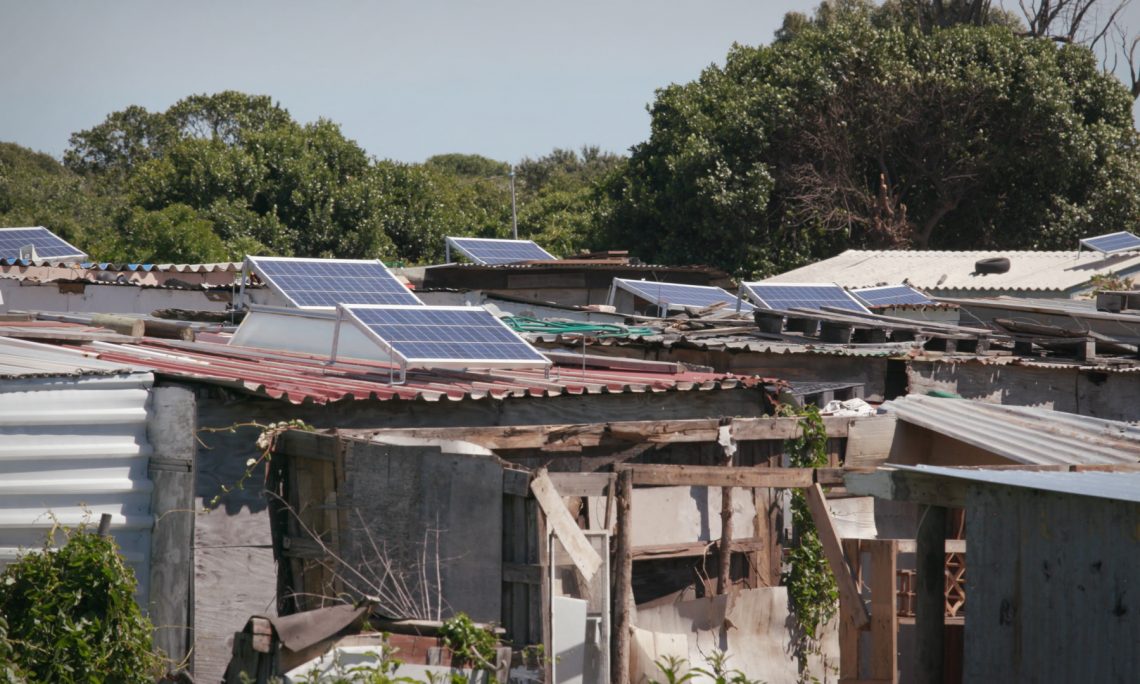 “Now we’ve got the solar panels, and they are working so nice for me,” Pinky, a Seaview resident, says. And it’s much safer for the children.

People use electricity now instead of dangerous candles or paraffin lamps. MBE project manager Severiano Terblanche says, “They are definitely a happy community after the solar panel has been installed.”