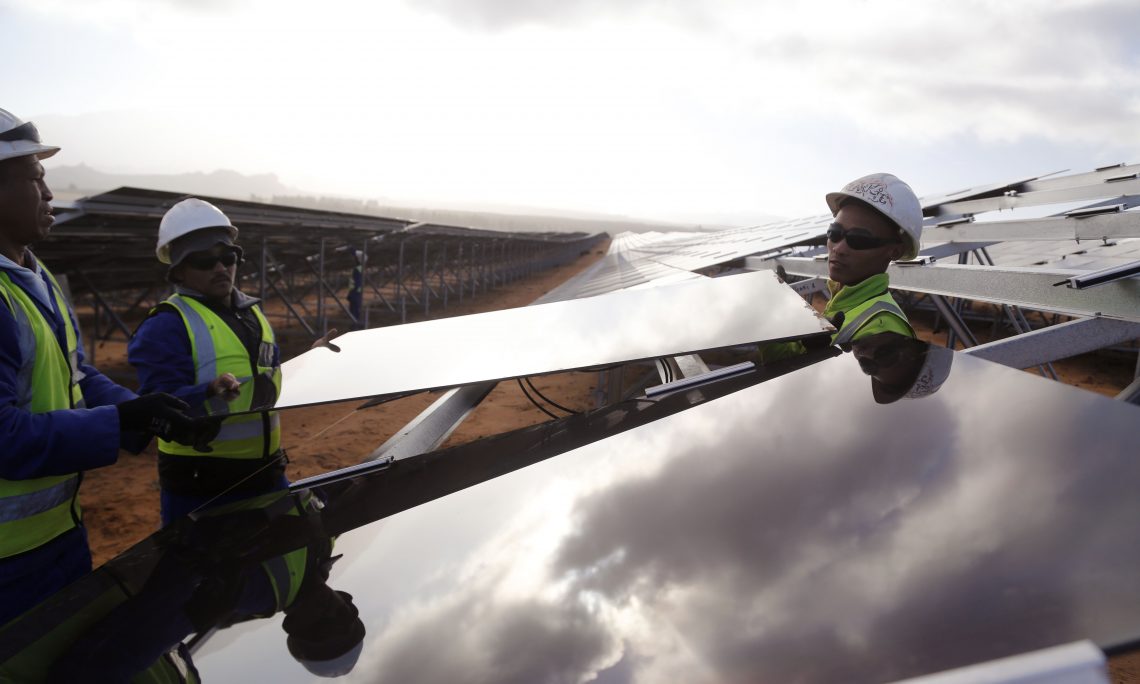 We all know the sun warms us, it gives us light during the day and it makes plants grow. On top of all its natural benefits, it is now an important source of electricity.

Does the sun’s light make electricity, or is it the sun’s heat?

The answer is both. Different technologies capture light or heat to generate power. It may be done on a large or small scale, so homeowners, small businesses and power companies that run utility-scale solar farms can all perform this magic if they have the right tools.

Here’s a look at the different kinds of sun power and how they are used.

The sun’s power may be tapped for energy passively by locating buildings to make the most of the sun. Good sun exposure, construction materials that capture the sun’s heat, windows that maximize sunlight, built-in natural air circulation — all take advantage of physical surroundings.

A black container full of water hung out in the sun is an example of using passive solar energy techniques to heat water. How long the water will retain the heat depends on how big the container is, but it will stay warm for a while after the sun sets.

Solar photovoltaic panels are versatile, because they may be used on individual houses and commercial buildings as well as on large solar farms. Materials with a special ability to convert the sun’s rays into electricity are the core “cells” of solar PV panels.

Solar panels can provide electricity to off-grid sites or feed electricity into the general power grid. A small solar panel can supply enough energy to power a few lights or a laptop in a place not connected to a power grid.

An array of panels installed on a rooftop can provide much of the electricity needed on-site — even after the sun goes down, if energy-storage batteries are used. Where power grids are equipped to accept it, excess electricity can be a moneymaker for small producers using distributed energy resources like solar. Residences and businesses alike can benefit. Some sports arenas generate enough electricity from solar to power hundreds of homes in nearby neighborhoods.

A huge solar PV farm can power entire towns. Among the largest such projects currently online are the Topaz and Solar Star plants in California, both run by MidAmerican Solar and each having 580 megawatts generation capacity. NRG Energy operates the Agua Caliente solar project in the desert in Yuma County, Arizona, with a 290 MW capacity. Other, even larger, facilities are in construction or planning stages around the world.

The SolarReserve Crescent Dunes plant in Tonopah, Nevada, is the first to commercially use a molten salt storage technology. The Redstone thermal power project in South Africa’s Northern Cape province, using the same technology, is slated for completion in 2018. Molten salt storage can extend the availability of solar energy to customers as long as 12 hours.