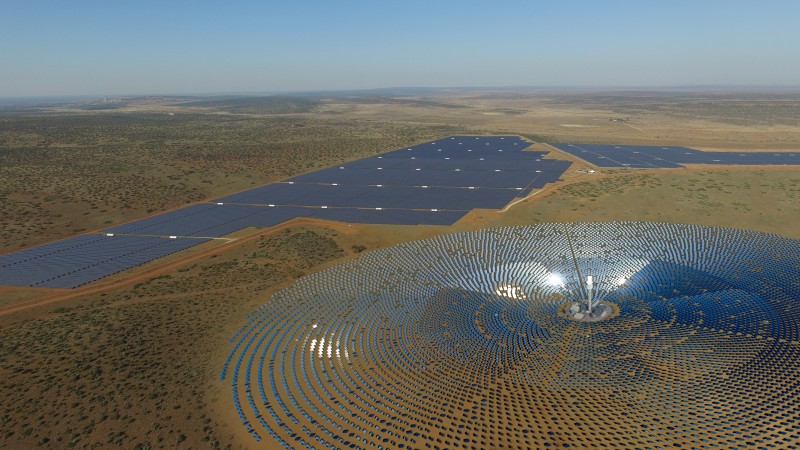 One of the biggest challenges in the solar energy field is how to store electricity from the sun for use when the sun isn’t shining. One solution may be no farther than your salt shaker.

SolarReserve, a California company, is pioneering a technology that uses molten salt as a medium for long-term energy storage.

The company’s Crescent Dunes solar power plant in Tonopah, Nevada, completed in 2015, is the first commercial plant in the United States to use this sophisticated storage technology.

The plant’s 110-megawatt capacity can power 75,000 homes and run for 10 hours from storage. That means overnight.

“The climate deal unveiled in Paris has the potential to catalyze a global energy transformation. It will further accelerate implementation of renewables around the world, including within emerging markets such as Africa, Latin America and Asia,” said SolarReserve chief executive Kevin Smith.

“Our proven U.S.-developed energy storage technology deployed at the Crescent Dunes facility is already being used as a blueprint for projects in these emerging markets,” he added.

How does it work?

Mirrors that track the sun — 10,000 of them — reflect sunlight onto a receiver set atop a 195-meter tower. Liquid salt is piped through the heated receiver. The molten salt flows down into an insulated thermal storage tank. As electricity is needed, the molten salt moves through a steam generation system, where water is heated to produce high-pressure steam. The steam drives a turbine that generates electricity. And it works whether the sun is out or not.

The steam generation process is identical to those used to produce electricity from gas, coal or nuclear power plants, but it is 100 percent renewable, without harmful greenhouse gas emissions.

Redstone will bring 100 megawatts of electricity to South Africa’s national grid, adding to the output of several other solar projects already operational in South Africa, as this video explains. With 12 hours of full-load energy storage capacity, Redstone will deliver a reliable power supply to more than 200,000 South African homes, even during peak demand periods. No fossil fuels are used, as the plant will be run entirely on solar energy.

It will also deliver jobs. SolarReserve estimates that about 4,000 jobs will be created during Redstone construction, either on-site or indirectly through products and services purchased. Once the plant is operating, the company anticipates about 70 full-time, permanent jobs at the facility.

“The development of the Redstone project will benefit the South African people, the international clean energy sector, and the role of U.S. leadership in emerging market development,” said OPIC chief executive Elizabeth Littlefield.