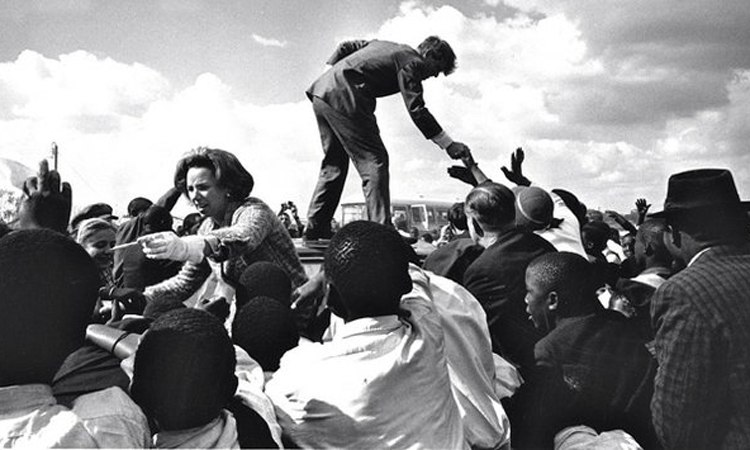 Fact Sheet
Embassy of the United States of America
May 25, 2016
FOR IMMEDIATE RELEASE | For more information: Cynthia Harvey at USEmbassySAPress@state.gov

In June 1966, U.S. Senator Robert Kennedy made an historic visit to South Africa at the invitation of the National Union of South African Students (NUSAS), an anti-Apartheid student movement, to deliver its annual Day of Affirmation speech.  Kennedy was well-known for his role in fighting for the civil rights of African Americans, and spoke out often about his belief that all people have a basic human right to participate in the political decisions that affect their lives.

Over the course of four days, Kennedy visited Johannesburg, Cape Town, Durban, and Pretoria, delivering five major speeches and meeting South Africans from all backgrounds and walks of life.  His inspirational Day of Affirmation (“Ripples of Hope”) speech at the University of Cape Town is widely considered one of the greatest American civil rights speeches.

These are the five formal speeches he delivered during his visit: