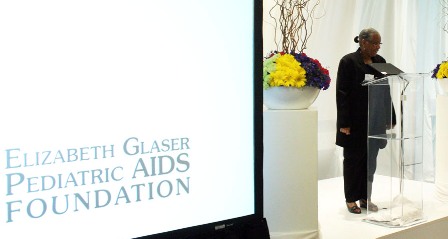 After 12 years of work in South Africa, the Elizabeth Glaser Pediatric AIDS Foundation (EGPAF), one of the President’s Emergency Plan for AIDS Relief’s (PEPFAR) first implementation partners in South Africa, transitioned its successful program to two local organizations in February 2012.

In 2004, EGPAF was awarded a cooperative agreement by the U.S. Centers for Disease Control and Prevention in South Africa through PEPFAR and became one of four Track 1 international partners, all of which are now transitioning their programs to South Africa’s government and local organizations.

The Track 1 designation prioritized a rapid increase in the availability of antiretroviral therapy, prevention, and care and treatment programs in the country.

It played a significant role in the recent reduction of South Africa’s mother-to-child transmission rate of 3.5%.

“The support we got from the donors and EGPAF contributed a lot to our achievements,” said Precious Robinson, deputy director of PMTCT with the South Africa Department of Health, at the closing ceremony on January 25.

CDC South Africa Country Director Dr. Thurma Goldman said that, while EGPAF’s Project HEART is coming to an end in South Africa, its legacy reflects the U.S. government’s longstanding commitment to fighting the HIV epidemic and is strong evidence of the great partnerships created by a united and collaborative network of PEPFAR partners.

“It’s important to take a step back and feel proud of the accomplishments we’ve achieved,” said Dr. Goldman. “We are on the path to an AIDS-free generation.  It is only with the monumental contribution EGPAF has made to South Africa’s efforts to respond to the HIV epidemic in South Africa that we have reached this point.”

The transition of PEPFAR partners’ programs to South African counterparts is part of an ongoing strategic plan with the South African government.

PEPFAR’s financial and technical assistance will support the leadership and implementation capacity of the South African Government and civil society, improving the effectiveness, efficiency, and sustainability of the response.

By the end of the five-year period, the collaboration is expected to result in greater prevention efforts and expanded services for HIV and TB, and in a strengthened national health system.

As of September 30, 2011, EGPAF partnered with the government of South Africa to:

• Start more than 204,000 individuals living with HIV on antiretroviral therapy (ART), including more than 19,000 children under the age of 15.