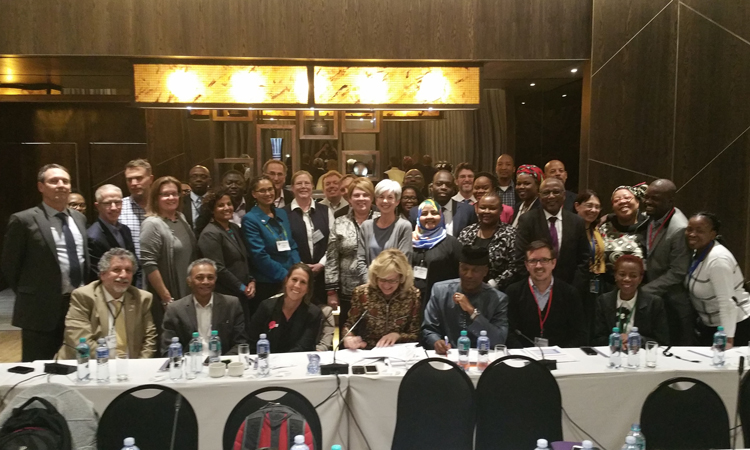 On April 25, U.S. Global AIDS Coordinator and Special Representative for Global Health Diplomacy, Ambassador Deborah Birx, approved PEPFAR’s $483 million Country Operational Plan 2017 (COP2017) budget for South Africa, an increase over 2016.  The COP2017 budget will support South Africa’s HIV/AIDS and tuberculosis (TB) programs through September 2018.  The U.S. President’s Emergency Plan for AIDS Relief (PEPFAR) is the U.S. government’s initiative to help save the lives of those infected with and affected by HIV/AIDS around the world.  Since 2004, PEPFAR has invested over $5.6 billion in South Africa’s response to prevent and treat HIV/AIDS and TB.  This investment has saved the lives of millions of South Africans.

With this new funding allocation, the U.S. Embassy in Pretoria, through PEPFAR, will continue programs in support of South Africa’s HIV/AIDS and TB response under the recently launched 2017-2022 HIV, TB, and Sexually Transmitted Infections (STIs) National Strategic Plan (NSP).  An additional $51 million in funding to support South Africa’s voluntary male medical circumcision program may be available based upon program performance.

Speaking at the PEPFAR COP2017 Review, Dr. Yogan Pillay, the National Department of Health’s Deputy Director General: HIV/AIDS, TB and Maternal, Child and Women’s Health said, “I wish to thank the U.S. government for its continued support of our country’s response to the HIV and TB epidemics under its PEPFAR program.  Given the scale of the challenges that we face, it is unlikely that the progress we have made would have been possible without its support, and neither will we be able to achieve the targets in the National Strategic Plan.”  Senior U.S. and South African government health officials and civil society attended the session.

From October 2017 through September 2018, PEPFAR will continue to assist South Africa in providing more than one million additional PLHIV with lifesaving treatment, for a total of 4.3 million on treatment in the 27 focus districts.  These ambitious goals require the work and commitment of all stakeholders and reflect the goals of the NSP to have more than 90 percent of the estimated seven million South Africans on treatment.

Aligned with the NSP, PEPFAR programs will continue to support priorities in the 27 highest burdened districts, as well as the national and provincial levels, including:

More information about PEPFAR may be found at https://www.pepfar.gov/ and https://za.usembassy.gov/our-relationship/pepfar/.