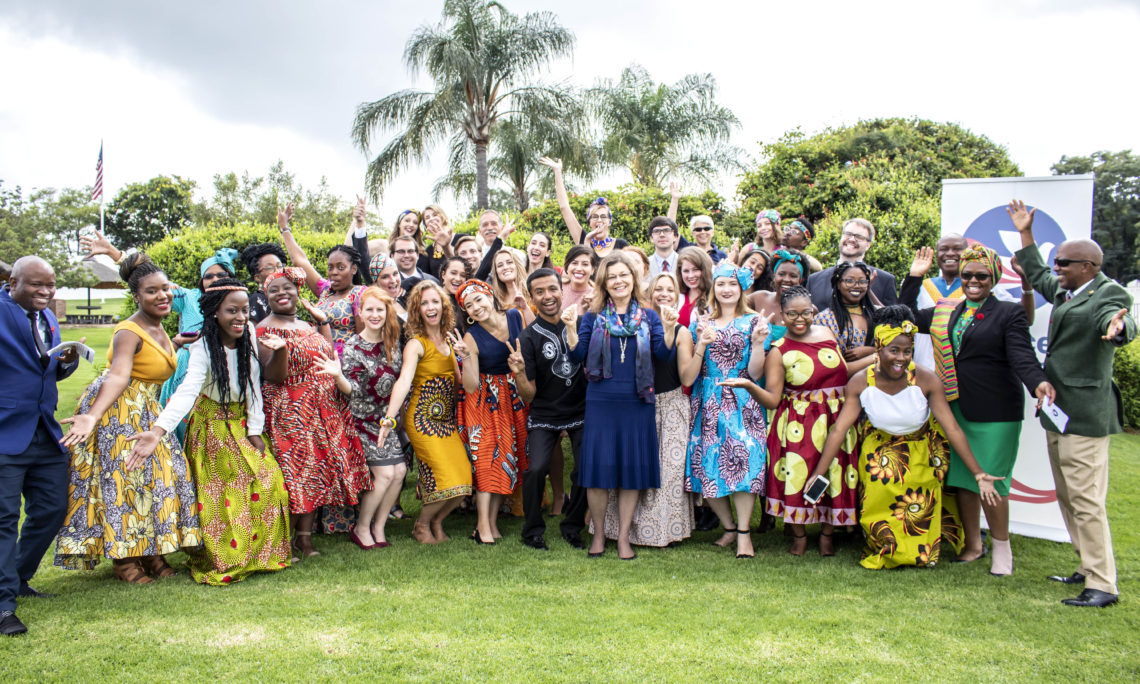 These volunteers will now start their two-year journey contributing to HIV prevention and treatment as Community HIV Outreach Specialists in Limpopo and Mpumalanga.

Excitement was the order of the day as 33 new American Peace Corps Volunteers were sworn-in during a special ceremony at the U.S. Community Center in Pretoria on Monday, April 16.

This 37th cohort of volunteers arrived in South Africa in January before embarking on an immersive 10-week training schedule that included training in language, culture, technical skills, and various health and well-being topics.  Lessons in South African history and culture were also included in the training program.

Speaking at the ceremony, Acting U.S. Deputy Chief of Mission Elizabeth McKay thanked the Volunteers for their commitment and perseverance throughout the training and encouraged them to keep that momentum going as they start their community work.  She said, “You represent the commitment to volunteerism and public service that are central to the fabric of U.S. society, and when you return to the United States, you will help Americans understand more about South Africans and their values.”

“As Peace Corps Volunteers, you are one of the most enduring symbols of America, and we at the U.S. Embassy are incredibly proud of your commitment,” McKay added.

Before joining, Volunteer Nicholas Hayes had conducted HIV outreach in the United States. “I joined Peace Corps because, through my work with HIV outreach back home, I realized how much need there was for support in that area. I thought it would be an enriching experience to come here and work with this community as well,” he explained.

The U.S. Peace Corps was established in 1961 to promote world peace and friendship.  There are more than 8000 Peace Corps Volunteers serving in over 70 countries worldwide, working with local communities to support education, health, HIV awareness, agriculture, small business, and the environment.  More than 1500 Peace Corps Volunteers have served in South Africa since the first cohort arrived in 1997, in response to a discussion between Presidents Mandela and Clinton about ways in which our countries could work together to strengthen health and education.