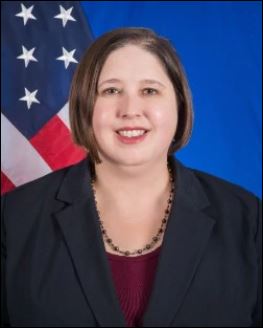 Heather Merritt was chosen by the Department of State to serve as Deputy Chief of Mission (DCM) at the U.S. Mission to South Africa, effective April 16, 2021. She arrived in South Africa on August  28, 2020 as the U.S. Consul General in Johannesburg.