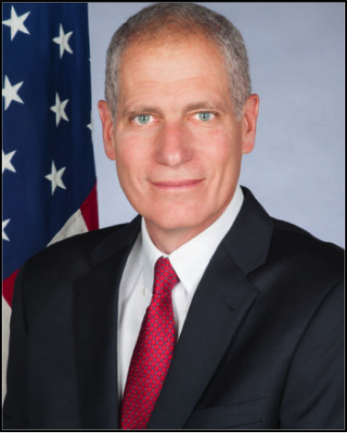 Chargé d’Affaires Todd P. Haskell, joined Mission South Africa as the Chargé d’Affaires ad interim in March 2021. Mr. Haskell recently served as the United States Ambassador to the Republic of Congo from July 2017 until January 2021. He is a 35-year career member of the Foreign Service, class of Minister Counselor. He served as the Deputy Assistant Secretary in the Bureau of African Affairs from 2015 until his appointment as Ambassador to Congo.  Prior to that, he served as the Director of Public Diplomacy and Public Affairs, directing the deployment of public diplomacy personnel and resources at 48 U.S. embassies and consulates in Sub-Saharan Africa. In both of the latter positions, he worked with U.S. embassies in the field and agencies in Washington to implement the Mandela Washington Fellowship, the signature program of the Young African Leaders Initiative (YALI).

Mr. Haskell also served at U.S. embassies in Pakistan, the Philippines, Poland, Israel, and Mexico. He the recipient of the State Department’s Superior Honor and Meritorious Honor Awards and holds a Bachelor of Foreign Service Degree from Georgetown University.

Following his term as Chargé d’ Affaires in Pretoria, Mr. Haskell will take up his post as Consul General to Cape Town.