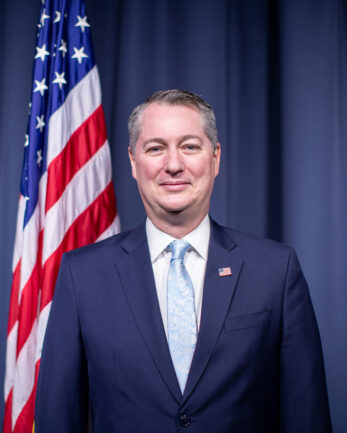 John Gimbel has served at the U.S. Consulate General in Johannesburg since September of 2019 and as Acting Consul General since April 2021.

John has spent his entire career serving U.S. citizens abroad and consular service seekers in assignments for the bureau of Consular Affairs.  Prior to his arrival in South Africa, John had previously served as Consul General in Addis Ababa, Ethiopia.  John has also served in Pakistan, China, Russia and Kyrgyzstan.  While serving in Cyprus in 2006, John helped support over 14,000 U.S. citizens’ evacuation from Lebanon through Cyprus.

John is a graduate of California State University, Chico and a 2019 U.S. Army War College DDE graduate.  John is married with three children.  He and his family are avid skiers and enjoy playing ice hockey.