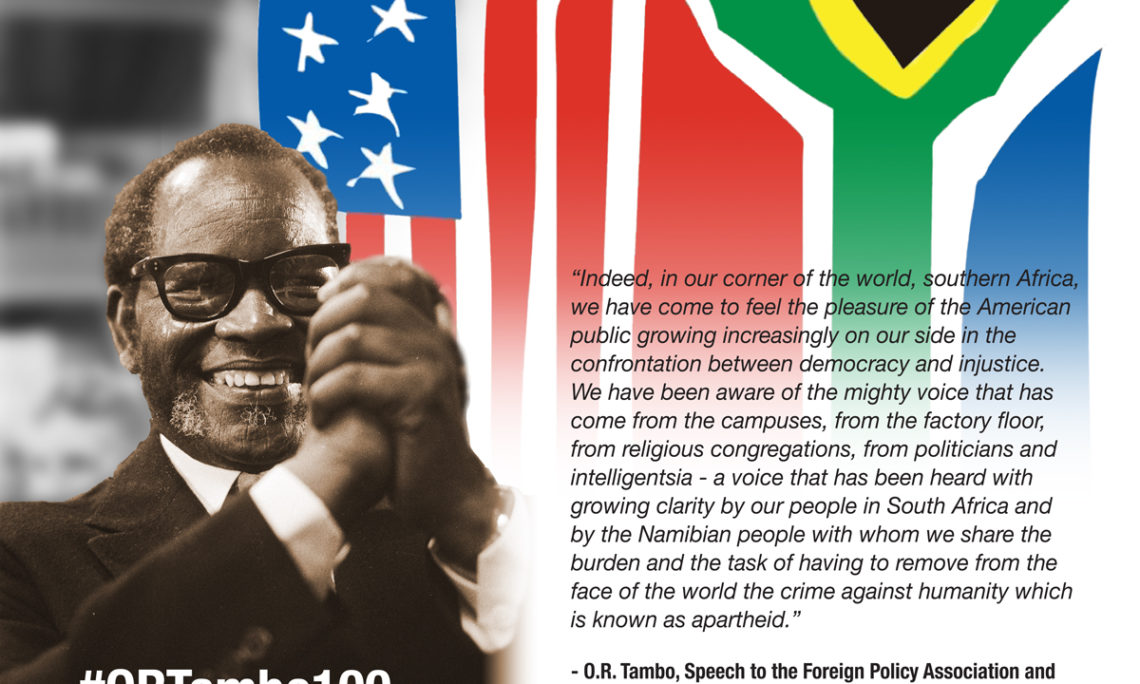 The United States Mission in South Africa notes the significance of October 27th, 2017, the centenary of the late Oliver Reginald “O.R.” Tambo.  We join South Africans and others around the globe in commemorating Tambo’s leadership in efforts to liberate South Africans from apartheid and his role in the founding of South Africa’s constitutional democracy.   In 1987, O.R. Tambo made a historic visit to the United States.  He inspired individual American leaders, activists, and organizations to take up an active and multi-layered fight against apartheid.  We are proud of the legacy of cooperation between American and South African anti-apartheid leaders, who supported each other as they changed the world.