Home Home / News & Events / The next new thing that could change your life: Vanadium-flow batteries 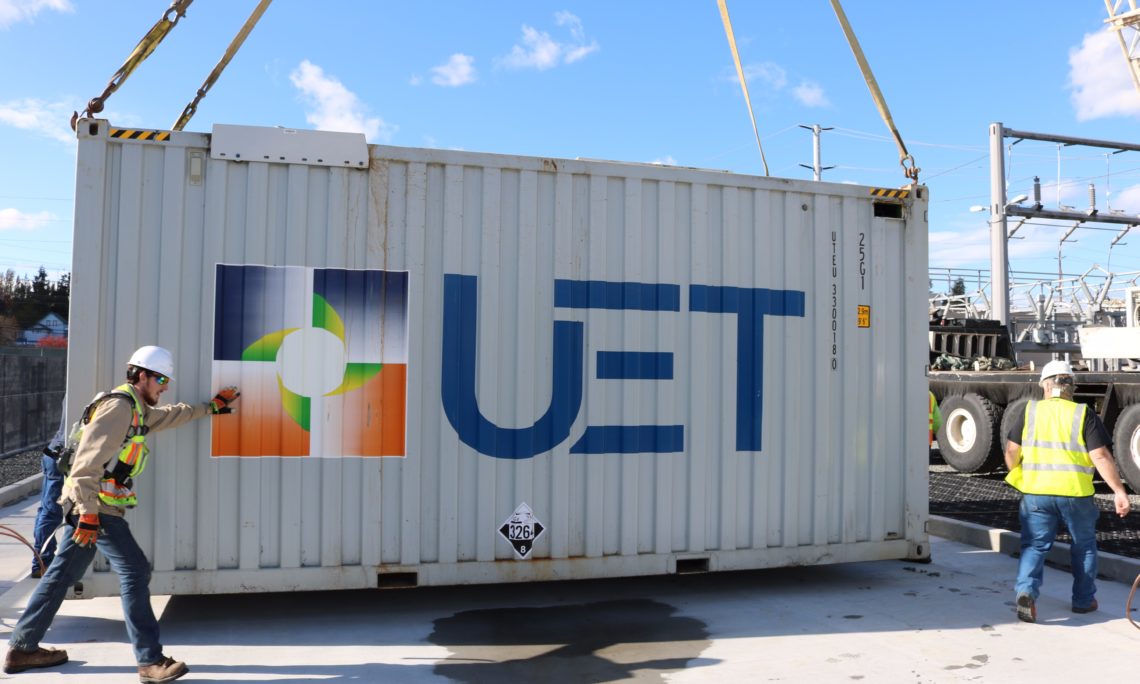 It’s too big to fit in your mobile phone or electric car, but it’s the right size for the power grid. The vanadium-flow battery — V-flow for short — could lower your electric bill by offering larger energy-storage capacity of higher-powered electricity from renewable energy resources like solar and wind.

V-flow batteries are safe and noncombustible and last 20 or more years without deterioration, so they are prime competitors with lithium-ion batteries that can catch fire and explode, are expensive to make, and have shorter life spans.

Flow batteries employ two connected containers of chemical liquids that flow past a membrane to create a charge. “This type of battery can offer almost unlimited energy capacity simply by using larger electrolyte-storage tanks,” writes James Conca in Forbes. He adds, “The new V-flow batteries reduce the cost of storage to about 5¢/kWh.”

Of several U.S. companies making V-flow batteries today, UniEnergy Technologies (UET) has deployed the two largest-capacity systems in the world, according to the company — including a 2 megawatt/8 megawatt-hour system at the Snohomish County Public Utility District and a 1 megawatt/3.2 megawatt-hour system for Avista Utilities, both in Washington. Other installations are on order — a 100 kilowatt/500 kilowatt-hour V-flow battery system for the Las Positas College microgrid in Livermore, California, is one of them. A much larger 200 megawatt/800 megawatt-hour system is being built in China by UET’s partner company Rongke — enough to power several thousand homes.

Seamless integration of renewable energy into the grid is the watchword. That’s the focus of venture-capital-backed startup Avalon Battery, as described by co-founder Matt Harper in a post on the company’s LinkedIn page. Avalon is collaborating on an integrated system of NEXTracker solar trackers with V-flow battery storage.

And there are other battery and nonbattery storage technologies in the works. Stay tuned.