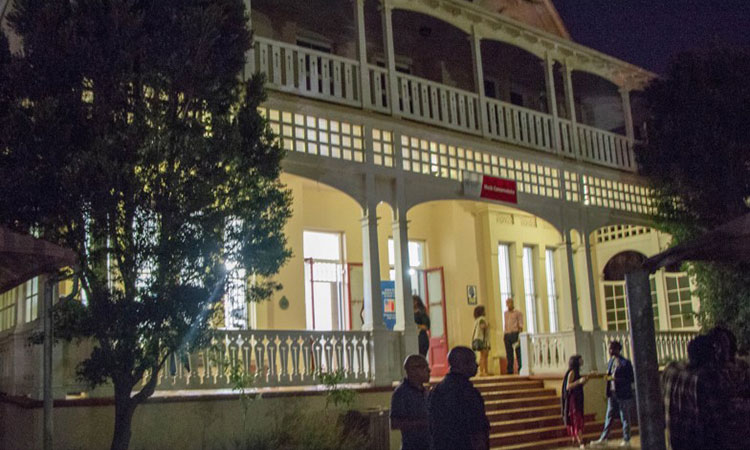 A new U.S. funded center opened at Nelson Mandela Metropolitan University exposing professionals, scholars, and students to hundreds of exchange and study opportunities. The American Corner, Port Elizabeth will create a forum for an exchange of ideas, arts, and culture between Americans and South Africans in the Eastern Cape.

“We are delighted to be able to host the American Corner on our NMMU Bird Street campus. It has the potential to really impact the city through the rich cultural dialogue that will take place. We also anticipate great interest in the exhibitions that are planned,” Prof Leitch said.

U.S. Consul General in Cape Town, Teddy Taylor expressed the importance of the Eastern Cape and NMMU to the development of South Africa.

“The Eastern Cape has produced some of the country’s most dynamic and courageous thought leaders in the past; and the American Corner hopes to serve as an important incubation hub for the next generation of South African leaders.”
“Whether you want to take a class, surf the internet, connect on social media or be inspired by global innovators — the American Corner is the place to be.”

The U.S. Embassy partnered with NMMU because it wants to broaden the engagement between South Africans and Americans. The focus on arts and innovation at NMMU’s Bird Street Campus, as well as its commitment to engaging the broader public in Port Elizabeth, make it a perfect location with which to partner on an American Corner.

The U.S. Embassy has invested over R500,000 (US$30,000) to outfit the new American Corner with laptops, flat screen TVs, lounge furniture, and a collection of books and DVDs for use by the public. The embassy will soon add a 3D printer, 3D scanner, and iPads.