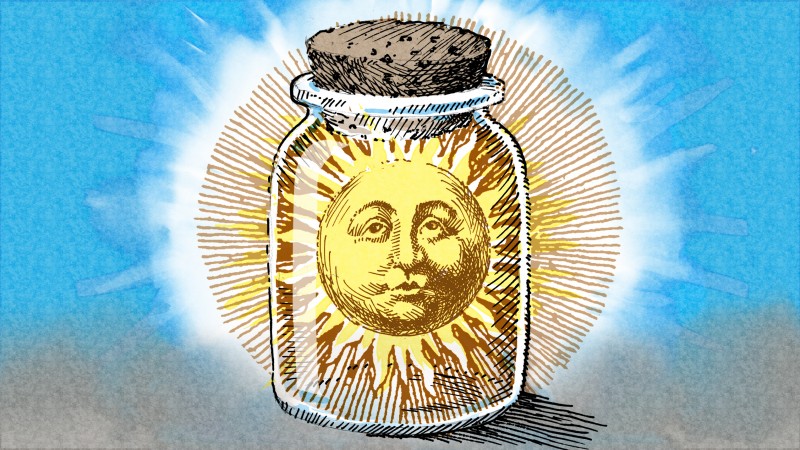 Solar energy is now mainstream. Solar contributes substantially to electricity grids around the world. Globally, solar installations grew by nearly 30 percent last year and the industry is on an upward trend. Texas, Colorado and other U.S. states have successfully integrated solar and other renewables to the point that more than 50 percent of electricity can be provided from renewable sources.

Not anymore. Like any technology once it hits the market, prices go down. Solar has become very affordable. Costs of solar technology have fallen dramatically — by 80 percent since 2007 — and are expected to become even cheaper. In sunny places electricity generated from solar is becoming cheaper than that from other sources.

Myth #3. Solar energy only works when the sun shines.

Not so. Solar energy can be a reliable energy source even when it is cloudy and in winter, as long as there is some sunlight. And electricity generated in businesses and homes may be sent to power grids in return for energy credits, paid back as the users draw from the grid after the sun goes down. Electricity also may be stored off the grid. Storage technologies are becoming increasingly efficient, with larger storage capacities.

On the contrary, there are no moving parts to repair and solar panels are durable and long-lasting. Hail storms pose no problem. Most companies offer 25-30- year warranties because solar panels are so low-maintenance and reliable. 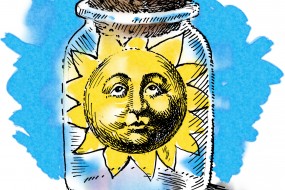 While batteries can be used off the electricity grid to store power – and storage battery capacities are increasing all the time—most electricity produced by the sun goes to the grid. Many power companies purchase solar-generated electricity from business and residential consumers, electricity that may be used immediately. It is added to energy generated from all sources, available any time from the grid. New storage technologies such as concentrated solar power are being launched, too, to provide large-scale solar energy storage on-site at solar thermal projects. 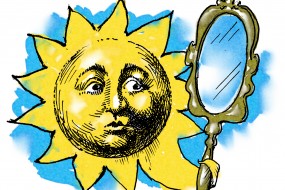 Once upon a time solar meant bulky and unsightly, but not any more. Newer, lighter, thinner — and cheaper—photovoltaic (PV) films and coatings have been developed that can blend with architectural elements. Latest-generation PV tech can be applied strategically to catch the sun — on roof shingles, walls and the surfaces of vehicles, for example.

And a few facts…