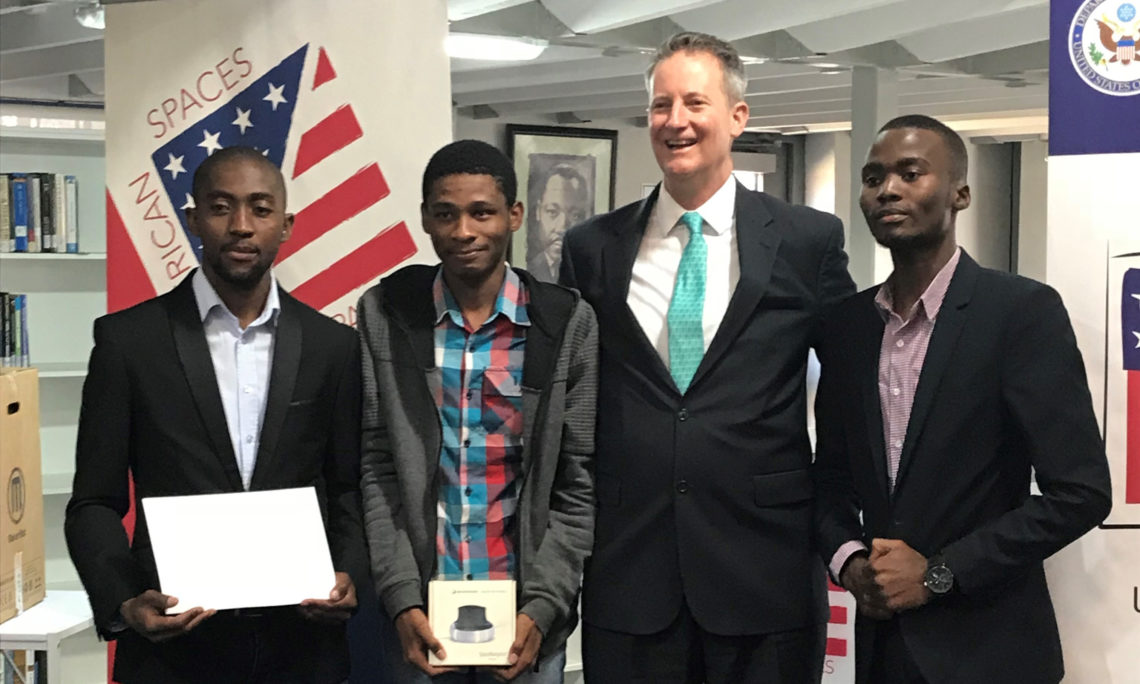 The winner of the contest, Thomas Matina, earned a MakerBot Mini-Replicator 3D printer for his design, the “Altered Nozzle Head” which the judges remarked had a significant impact on limiting the total volume of water being produced from a device (faucet, hose, etc.) with a few minor adjustments.  The Wits University Mechanical Engineering student had this to say: “Winning the competition is the beginning of something great for me. As engineers we are here to design things that will simplify the lives of people and I would like to make innovations that will improve the lives of communities.  I’ll be using the 3D printer I’ve won to print out prototypes for my studies and help my fellow students.”  Matina added that his future plans are to become an entrepreneur in his field.

The second prize went to Nkululeko Tunzi, who is a digital literacy instructor at TechSavvy Kids.  His design, a water purifying filter, earned him a Solid Edge ST9 Fundamentals training course voucher, which will enhance his 3D designing skills.  In third place was Isaac Modisa, who is also a Wits Engineering student.  His design, entitled “Regenerative Purification,” will purify water using heat from cooking (e.g. a stove).  His efforts earned him a 3Dconnexion Space Navigator 3D navigational device.

Consul General McCarthy noted, “We strive to provide visitors to the Rosa Parks Library and Innovation Studio with technology and programs that will serve as developmental platforms for people, projects, and products.  We hope that with this space, we are able to offer room to contemplate, collaborate and fabricate, and enhance training and the transfer of both hard and soft skills.”

The design challenge was part of the U.S. Mission to South Africa’s broader effort to provide enhanced educational opportunities for South Africans and to encourage innovative thinking that seeks to promote entrepreneurism and economic opportunity for young South Africans.

The U.S. Consulate General in Johannesburg began operating a library in Soweto in the early 1970s at the Orlando YMCA and officially opened its doors as an American Space in 1977.  The library moved to its present location at the Ipelegeng Community Center in 1985, offering community members access to books and periodicals, educational and cultural programs, including Young African Leaders Network entrepreneurship and personal development courses, as well as inspirational and informative speaker programs.  Members enjoy free, high-speed Wi-Fi at the library.  In 2006, the library was officially named the Rosa Parks Library; it has become a place for young leaders and entrepreneurs to converge, network, and acquire new skills and knowledge.

Since its launch in January 2015, the Library’s Innovation Studio has developed into a dynamic makerspace and hub for budding entrepreneurs.  It provides young South Africans with enhanced educational opportunities for acquiring computer-based skills that will make them more competitive in the job market and enhance their entrepreneurial pursuits.