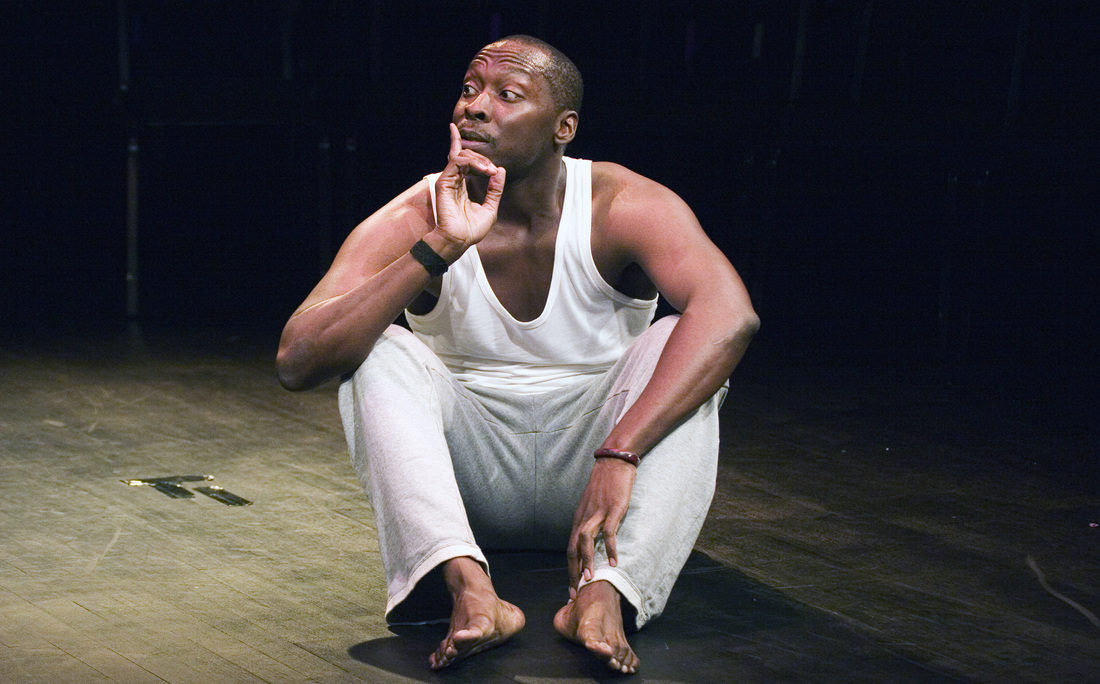 The U.S. Mission to South Africa, as part of its support for South Africa’s fight against gender-based violence, is hosting American actor, musician, poet and social activist Antonio Lyons for a nation-wide series of workshops and performances of his one-man play about countering gender-based violence, entitled We Are Here, in Pretoria, Johannesburg, Mahikeng, and Cape Town June 25 – July 7, 2017.

Well known for his movie and television roles, including in American History X and Hotel Rwanda, Lyons is the founder of We Are Here, a project that promotes the arts as a tool to positively impact social conditions, attitudes, perceptions and structures.  Lyons launched We Are Here in South Africa in 2010 to engage men and boys around the themes of gender violence, identity, healthy relationships, and HIV/AIDS.
Lyons wrote and has performed his one-man play We Are Here in such U.S. venues as the Bronx Academy of Arts & Dance, the National Civil Rights Museum as part of the National Black Box Festival, and the National Black Theater.

The U.S. Mission to South Africa is committed to preventing and responding to gender-based violence, which affects women, men, boys, and girls, undermining not only the safety, dignity, and human rights of the millions of individuals who experience it, but also threatening public health, economic stability and security.

Media interested in attending performances of We Are Here and interviewing Antonio Lyons should contact Liza Smith at 012-431-4356, 079-111-6724, SmithS7@state.gov.  The schedule for the performances and workshops is below.

Antonio Lyons holds an MA in Applied Theatre from the City University of New York (CUNY).  His thesis project The WHY Factor was conducted in collaboration with CUNY/BMI (Black Male Initiative).  In addition to his studies, Lyons has continued to integrate art with social activism while working at the Creative Arts Team (CAT), an educational theater company that specializes in creating interactive learning experiences for youth and adults.  The scope of his work within the organization has allowed him to devise and implement curriculum that addresses bullying, college preparedness and conflict.  He was also instrumental in shaping Project CHANGE, a CAT program that trains undergraduate students in utilizing theater based interventions, social media, community development and Evidenced Based Intervention (EBI) curricula to engage community around healthy sexual lifestyles.  He has been a Guest Lecturer at the University of Michigan (Ann Arbor), Wits University (Johannesburg), Columbia College (Los Angeles) and the Newtown Film and Video School (Johannesburg).  He is also Chair of the Black Theatre Commons.