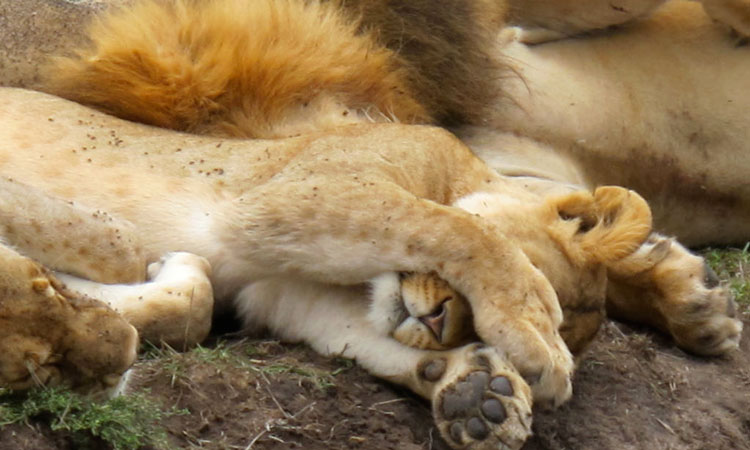 The U.S. Fish and Wildlife Service added two subspecies of lion under the Endangered Species Act due to these primary factors:

Based on newly available scientific information on the genetics and taxonomy of lions, the Service assessed the status of the entire lion species. The new science resolved that the western and central populations of African lion are more genetically related to the Asiatic lion. These lions are now considered the same subspecies, P. l. leo. There are only about 1,400 of these lions remaining; 900 in 14 African populations and 523 in India. Considering the size and distribution of the populations, population trends and the severity of the threats, the Service has found that this subspecies meets the definition of endangered under the ESA.

The subspecies of P. l. melanochaita likely numbers between 17,000-19,000 and is found across southern and eastern Africa. The Service determined that this subspecies is less vulnerable and is not currently in danger of extinction. However, although lion numbers in southern Africa are increasing overall, there are populations that are declining due to ongoing threats. As a result, the Service finds the subspecies meets the definition of a threatened species under the ESA.

The final lion rule will publish in the Federal Register on December 23, 2015, and will go into effect 30 days after publication on January 22, 2016.

Concurrent with this final listing rule, to protect lions and other foreign and domestic wildlife from criminal activity, U.S. Fish and Wildlife Service Director Dan Ashe also issued a Director’s Order to strengthen enforcement of wildlife permitting requirements. Through the Director’s Order, the Service is redoubling its efforts to ensure that the world’s rarest species are protected from those who violate wildlife laws. The Service has the authority to deny future permit applications for activities such as sport hunted trophy imports to anyone that has previously been convicted of or pled guilty to violations of wildlife laws. The order will ensure that this authority will be exercised to the fullest extent.

The Service found that sport-hunting, if well managed, may provide a benefit to the subspecies. Well-managed conservation programs use trophy hunting revenues to sustain lion conservation, research and anti-poaching activities. However, the Service found that not all trophy hunting programs are scientifically based or managed in a sustainable way. So in addition to protecting both lion subspecies under the ESA, we created a permitting mechanism to support and strengthen the accountability of conservation programs in other nations. This rule will allow for the importation of the threatened Panthera leo melanochaita, including sport-hunted trophies, from countries with established conservation programs and well-managed lion populations.
Lion range map

“The lion is one of the planet’s most beloved species and an irreplaceable part of our shared global heritage. If we want to ensure that healthy lion populations continue to roam the African savannas and forests of India, it’s up to all of us – not just the people of Africa and India – to take action,”
– Service Director Dan AsheRead the News ReleaseWatch the Director’s Video MessageGet answers to frequently asked questionsSee the Federal Register noticeView the Species Profile