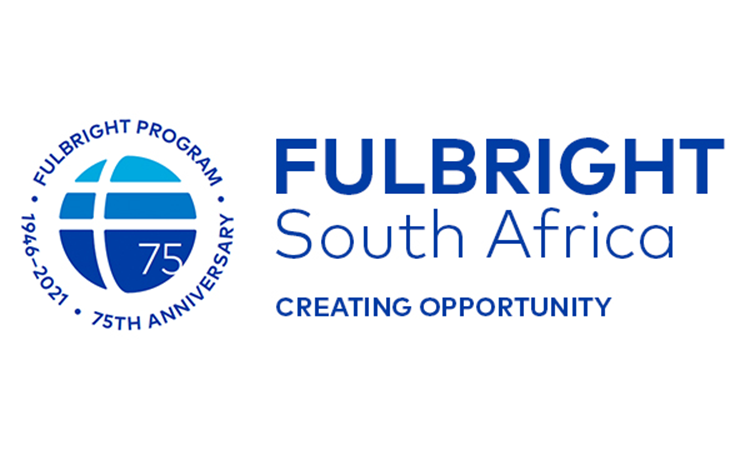 The Fulbright Program is the U.S. government’s flagship international educational and cultural exchange program, creating connections in a complex and changing world. Led by the U.S. government in partnership with 160 countries worldwide, Fulbright builds lasting connections between the people of the United States and the people of other countries—building mutual understanding between nations, advancing knowledge across communities, and improving lives around the world.

Since 1953, more than 2,100 South African students and scholars have pursued graduate studies and research in the United States through the Fulbright program. Fulbright has given South African students, scholars, teachers, artists, and professionals of all backgrounds and fields the opportunity to study, teach and conduct research, exchange ideas, and contribute to finding solutions to important international problems.

Under the Fulbright banner, there are opportunities for students, scholars, and teachers to pursue post-graduate studies at a United States university in any subject (excludes MBA and studies that require contact with patients); to conduct independent postdoctoral research for 3-9 months at a U.S. academic institution; or  teach isiZulu in an American university for 1 academic year. U.S. Fulbrighters also contribute to curriculum development at universities in South Africa.

Today, as the Fulbright Program marks its 75th anniversary in 2021, its legacy is represented by hundreds of thousands of distinguished and diverse alumni, who are contributing to a more peaceful, equitable, prosperous, and just world. Read the stories of some of our alumni below.

Tladi Marumo was selected to the Fulbright Foreign Student Program in 2018. He is a Doctor of Juridical Science (J.S.D) candidate at the University of Notre Dame Law School. His research undertakes a comparative study of U.S. and South African class actions, with the aim of enhancing the procedural enforcement of legal rights in South Africa. Prior to pursuing doctoral studies, Tladi obtained a B.A in Political and International Studies, and Legal Theory; and an L.L.B from Rhodes University. He subsequently earned a Postgraduate Certificate in Prospecting and Mining Law from the University of the Witwatersrand. He also holds an L.L.M in Class Action Litigation from Rhodes University. Tladi is a South African admitted attorney with extensive experience having practiced as an Associate and Senior Associate at law firms: Webber Wentzel (in alliance with Linklaters), Hogan Lovells South Africa Inc., and Norton Rose Fulbright South Africa Inc.; and as Legal Consultant to Cliffe Dekker Hofmeyr. In addition to legal practice, he was an Andrew W. Mellon Lecturer at Rhodes University Faculty of Law. His legal expertise and academic research focus areas are in mining law; mine and occupational health and safety law; and class actions. Tladi was named 2018 Mail &amp; Guardian 200 Young South African: Justice and Law.

Cikida Gcali is a Chemical Engineer, a Masters in Petroleum Engineering graduate, a Fulbright Scholar and the founder of a digital publication for ambitious millennial called The Money Fam. Realizing the need for innovative technologies to provide sustainable energy to the South African economy, her research was based on optimizing the production of natural gas using artificial lift methods. Her research contribution to this body of work won 2nd place at the Society of Petroleum Engineer’s highly competitive Mid-Content Regional Paper Contest, making her the only female engineer to win an award in the Masters and Doctorate divisions combined. Her keen interest in finance led her to be accepted as a Financial Analyst at her University’s Investment Fund which is currently valued at close to $5 million. Here she used her financial acumen, developed over the years as a finance writer to make key decisions regarding the growth of the fund. She created The Money Fam for ambitious millennials to learn how to master their finances as they master their careers. It was judged as one of the top 5 new ventures by a renowned competition for upcoming entrepreneurs called the Tulsa Startup Series.

Supreme Court of Appeal judge Leona Theron has smashed through glass ceilings during her career. When appointed to the KwaZulu-Natal division of the high court in 1999 Theron became its first black female judge and, at the age of 33, its youngest. Theron has consistently demonstrated an independent-mindedness and a hard-nosed attitude to rape and gender-based violence in South Africa. Theron holds BA and LLB degrees from the University of KwaZulu-Natal and an LLM from Georgetown University in the United States. She practised as an advocate at the KwaZulu-Natal Bar from 1991-1999, before high court acting stints in KZN and the Eastern Cape. In 1999 Theron was permanently appointed to the KwaZulu-Natal high court where she served until 2010. The end of the decade saw Theron acting at the Supreme Court of Appeal, to which she was permanently appointed in 2010.