Home Home / News & Events / What kinds of energy storage are there? 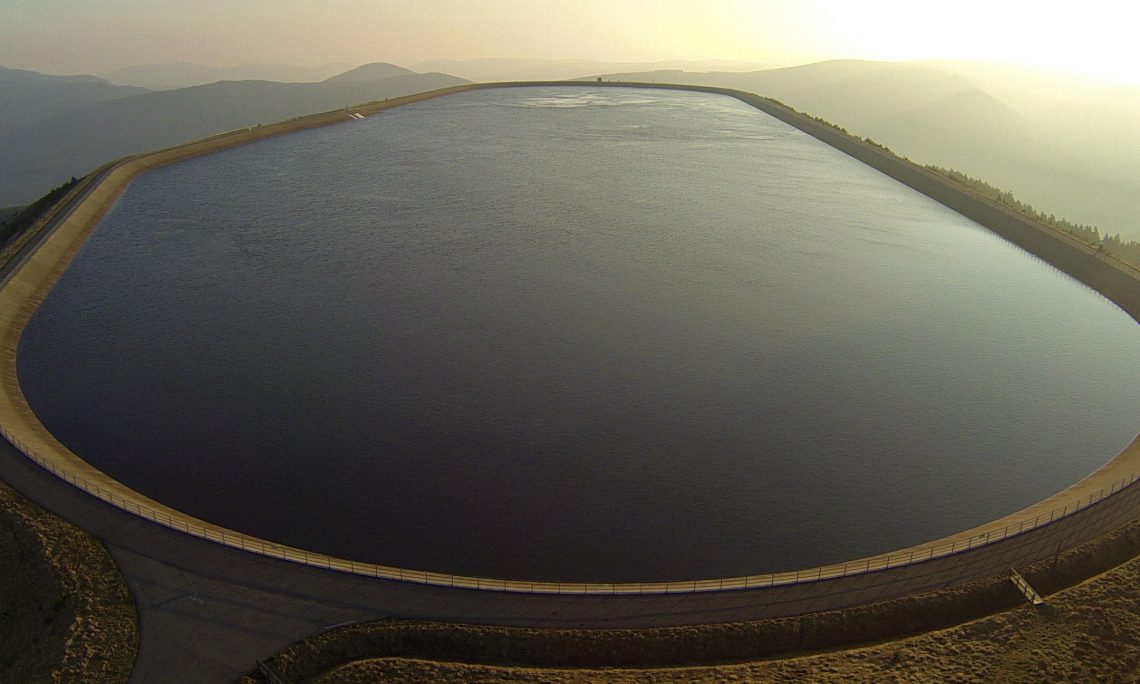 This mountaintop artificial lake in the Czech Republic is part of a pumped hydroenergy storage plant. (© AP Images)

This mountaintop artificial lake in the Czech Republic is part of a pumped hydroenergy storage plant. (© AP Images)

Batteries have been storing energy for more than 100 years. Now batteries and other devices that store energy are revolutionizing the way we power our homes and offices.

That’s because new energy-storage technology makes it easier to rely on intermittent renewable energy resources — such as sun and wind — that produce electricity only at certain times.
Utility companies are interested in energy storage because high-capacity storage saves excess electricity on the grid for future use and helps stabilize fluctuating energy flow. Smaller energy producers on the distributed energy network are interested because efficient storage conserves more power for use at home.

The kinds of energy-storage technologies that work best depend on the energy sources used. The following are a few of the technologies currently in use.

Flow batteries recharge themselves through a chemical reaction between liquid electrolytes in containers separated by a membrane. There are several varieties of flow batteries, also known as fuel cells, that use different chemical components. Flow batteries are good candidates for on- and off-grid power storage because of their high storage capacities and the ability to compensate for power fluctuations.

Flywheels
A flywheel stores kinetic energy (energy of motion) in its rotation. A flywheel energy storage system rotor, powered by a motor, spins at a high velocity. When there is a fluctuation or brief outage, the flywheel continues rotating at speed and its kinetic energy is converted to electricity, feeding that energy back to the power grid in a moment of need. It smooths out the flow of electricity to the end users. Even though their energy-storage capacity is short-term, flywheels are useful with intermittent energy sources and can improve the quality of electricity because they are responsive to signals from the ever-active grid.

Pumped hydrostorage
Hydrostorage works well in regions where there is abundant flowing water. There are two kinds, one that connects to water resources and one that is a mostly closed system, but that needs occasional recharging due to evaporation. Gravity is a key factor in getting energy from water. Pumped energy storage facilities locate one reservoir above another, and during peak demand water is released through turbines in the same way conventional hydropower stations generate electricity. The water is transported back uphill using cheaper energy during off-peak hours.

Thermal
Thermal energy storage is a promising technology used at the newest solar thermal power installations. The excess energy generated during the day when the sun shines is stored in molten salt, which can generate electricity through the night hours by creating steam that drives a power turbine.

Other storage methods are being researched and tested. As more energy-storage technologies see the light of day, more of the Earth’s abundant renewable energy resources may be utilized with greater efficiency on electricity grids or off the grid.