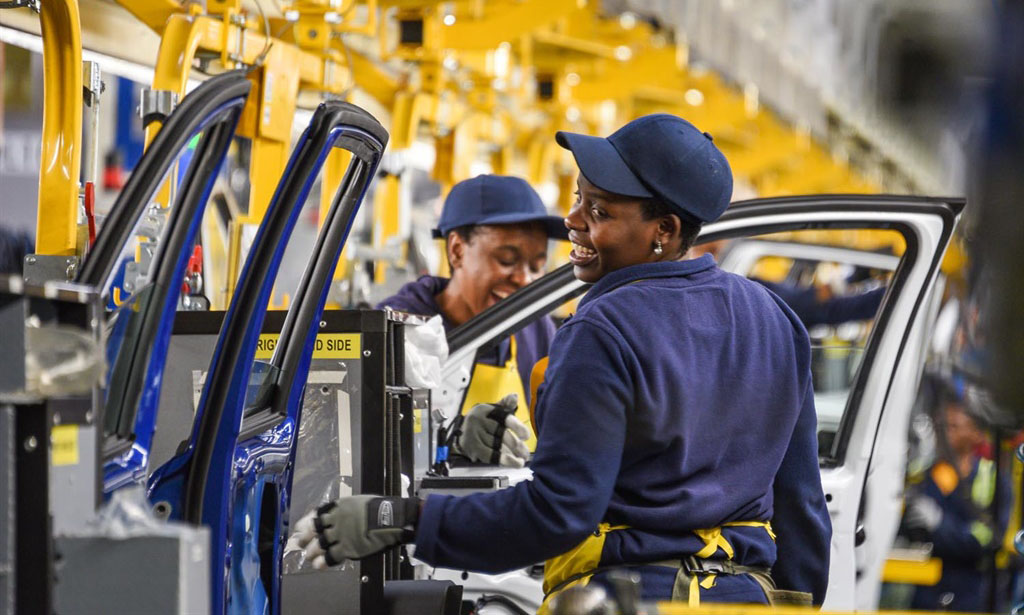 Ambassador-designate Marks said her three main priorities as ambassador would be trade and investment, healthcare, youth and women’s jobs, and empowerment.

America’s new ambassador to South Africa, Lana Marks, has ‘hit the ground running’. She has to, really. The East London-born businesswoman and Florida friend of US President Donald Trump has just arrived at her post in Pretoria. barely one year before he ends his first term. But she insists her delayed appointment will not complicate her job.

In her first interview in South Africa three days after her arrival, US ambassador to South Africa Lana Marks told Daily Maverick that US President Donald Trump had been eager for her to get to South Africa as soon as possible after he nominated her for the job in November 2016, soon after being elected.

But it had taken many months for her to be formally nominated, mainly she said, because US officials had had to go to all 110 countries she had visited on business over the past 15 years to vet her before giving her security clearance.

After that, the Senate confirmation process had been relatively quick and she was delighted that the full Senate had recently confirmed her unanimously.

Asked if she thought her arrival, some 33 months after her predecessor Patrick Gaspard vacated the office, would make life difficult, she emphatically said “No”.

“I’ve hit the ground running” she said, explaining how she had spent Monday and Tuesday at the Africa Investment Forum in Sandton as this was the sort of thing she would be focusing on — promoting US investment and commerce in SA.

“He felt this was positive that I hadn’t been in this (political) arena in the past.

She stressed that she would be promoting jobs and empowerment for women and youth.

“I’m a bottom-line person. I want to get to the bottom line as quickly as possible… being a business person, being an entrepreneur, starting up my own business from my own kitchen table, with a few little sketches.”

That business is making and selling high-fashion handbags, reportedly carried by celebrities such as her countrywoman Charlize Theron.

She explained how she had personally built her company in the US and then taken it to the world after the financial crash of 2008.

“This was held by President Trump to hold me in really good esteem as Ambassador of the United States to South Africa. “

She also insisted: “I was not a financial donor, political donor. Zero donations. President Trump appointed me on his knowledge of me. We’ve shared a nice acquaintance between him and his family over 23 years.”

Having said that, she happily corrects herself and confirms a media report that she has in fact made one political donation, $2,000 in 2012 to the presidential election campaign, not of Trump, but of Senator Mitt Romney.

But she said that was because she had been ambushed on leaving a “spectacular’ campaign funding lunch in New York, hosted by friends, which Romney’s wife addressed.

Marks made it very clear that commerce, perhaps because it is her main qualification, is going to be her first priority in the new job. She stressed that she would be the head of the “Deal Team” in the US embassy, bringing US and South African businesses together to boost trade and investment. She noted that creating a better climate for business in South Africa and other African countries was the aim of Washington’s new Prosper Africa initiative.

She also rejected any suggestion that her South African birth would make her job harder. Quite the contrary, she insisted. It’s generally frowned upon to appoint foreign-born diplomats to the countries of their birth for fear of creating conflicts of interest. But she says:

“I’m fully American. However, because I was born and raised in South Africa I have South Africa in my heart, and I want things to work in the most fantastic way between our two countries.”

In her Senate confirmation hearing, Marks also offered her South African background as an asset, stressing she could speak three of the country’s 11 official languages. And at her first press conference in South Africa she ventured “baie dankie,” (thanks a lot), claimed to be “heeltemal tweetalig”(completely bilingual) and also offered a greeting in isiXhosa — “Molo ninjani” (hello, how are you?) — while admitting she was “a bit rusty”.

A former US diplomat told Daily Maverick that if the US had to appoint a South African-born ambassador to Pretoria, it should have been a black person, not someone born into the apartheid-era white community.

Marks responded to this by suggesting that her own family had experienced discrimination. Her Jewish father had escaped anti-Semitism in Lithuania by emigrating to South Africa. He had become very disappointed by the “transition” into apartheid in his adopted country. And so her father and mother had both been “thrilled” when she had the opportunity to leave South Africa for the US the day after she was married on 30 May 1976.

She had become a US citizen in 1994 — the year Mandela was elected, she notes — “and was able to start living this incredible American dream… I worked hard, my husband worked hard, our kids were able to go to wonderful schools in the United States, wonderful universities.

And now, she said, she felt deeply honoured to have become the US ambassador to SA, to return to a democratic South Africa “and to be able to give back to my adopted country in the country of my birth”.

Marks said her three main priorities as ambassador would be trade and investment, healthcare, youth and women’s jobs, and empowerment.

She stressed that the US would continue and even expand Pepfar, the programme which she said had already provided more than R80-billion in the past 15 years to finance HIV/AIDS prevention, testing and treatment in this country. The US would spend more than $750-million this year alone, thanks to a “generous” surge of funding by the US Congress.

Marks disclosed that the Trump administration was still “watching” the situation of land expropriation without compensation and murders of white farmers.

Last year Trump sparked a storm of criticism in South Africa by Tweeting that he had instructed Secretary of State Mike Pompeo to investigate land reform and farm murders.

Probed on this, Marks said the US was “very pleased that South Africa is dealing with things in a very transparent manner”.

“All murders, farm murders, are senseless, all violence is senseless. Farm murders are less than one percent of the overall murders taking place in South Africa. But they’re all unacceptable.

“It’s a horrible problem which President Ramaphosa and the South African government are doing their utmost to address at this time. To the best of my knowledge there have been no farms confiscated.”

Daily Maverick asked her directly if Trump himself accepted that South Africa was dealing with the land issue in the right way. She said he was.

“The US is watching it. Yes of course.”

Ramaphosa bluntly suggested to Trump that he should mind his own business when he made his infamous land tweet. The two met at the UN not long after and discovered that they had two South African acquaintances in common, the golfers Gary Player and Ernie Els.

Marks said it was “fantastic” that the two presidents were both great businessmen and golfers. Sport could achieve “magnificent diplomacy” she said, noting how “the world reveres South Africa after your latest magnificent achievement in rugby”.

She said Trump greatly admired Ramaphosa and added that nothing would please her more than if Trump paid a state visit to South Africa.

Marks also insisted that she saw no danger of South Africa being suspended or disqualified from the trade benefits of the African Growth and Opportunity Act (Agoa). In 2016 the US provisionally and temporarily suspended some SA Agoa benefits — rescinding duty-free access to the US market on wine and fruit — because of import barriers on US poultry.

Recently the threat has re-surfaced as the US trade representative announced in October 2019 a new review of South Africa’s Agoa benefits in response to a petition filed by the International Intellectual Property Alliance about South Africa’s poor protection and enforcement of copyrights.

The IIPA — which represents the Motion Picture Association of America and other entertainment, software and publishing groups — has been reported in trade media as saying it had numerous concerns about South Africa’s copyright protection and enforcement regime.

“No, it’s not a danger at all,” Marks said about the apparent threat of South Africa losing Agoa benefits.