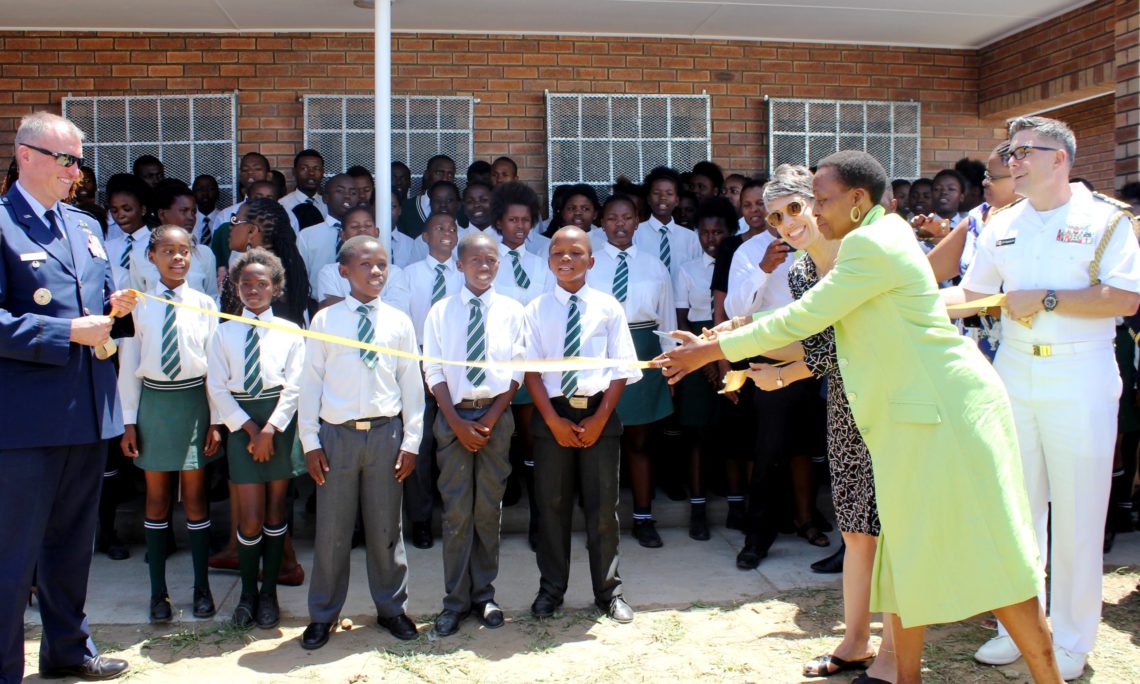 Learners at Mzamowethu Combined School outside of East London, Eastern Cape, are now enjoying the addition of several new classroom buildings, thanks to the U.S. Mission’s Office of Defense Cooperation. Through AFRICOM’s Humanitarian Assistance funds, and working together with the South African Ministry of Basic Education, the Office of Defense Cooperation (ODC) has expanded and renovated several schools in South Africa.

At the official launch of the Mzamowethu project on February 6, 2018, the U.S. Consulate’s Deputy Principal Officer, Ellen Masi, said “These new facilities we are inaugurating today are an important investment in these children’s future and the future of South Africa.  The classrooms and new sanitation facilities will enable the children of the Mzamowethu School to enjoy a safer and healthier environment in which to focus on their education.  We are very proud to stand here today as part of this partnership.”

The Mzamowethu project, which was completed in November 2017, provided eight additional classrooms, adjoining store rooms, and a large ablution block to the school at a final cost of R 4,429,757.74.

Prior to the expansion, the school had limited capacity to accommodate all the learners from the nearby community (and growing informal settlement), requiring them to be bused to other schools, adding a long and unpleasant commute to their day. In addition to increasing the number of learners at the school, the expansion also makes it possible to separate the high school from the primary school, adding to a more conducive learning environment for each.

This is the first ODC project to be completed in the Eastern Cape, and several more are underway.