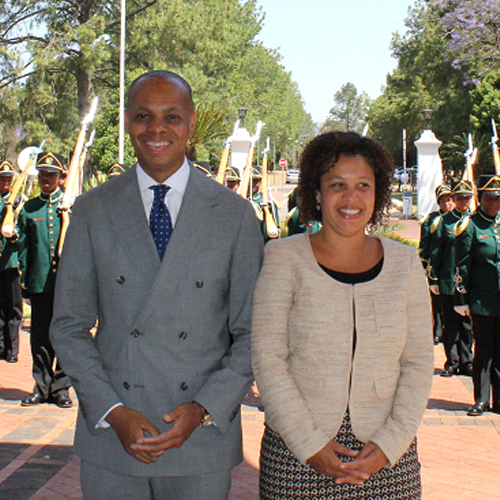 Above: Ambassador Gaspard and his spouse Ms. Raina Washington arrive at the Union Buidings for his credentialing ceremony.

PRETORIA: On October 16, Patrick H. Gaspard presented his credentials to President Jacob Zuma as the new U.S. Ambassador to the Republic of South Africa.

Following his presentation of credentials, Ambassador Gaspard said: “I am honored to represent the United States in our efforts to partner with the South African government as it strives to improve the economic conditions of its citizens and as it helps to lead efforts throughout the continent to increase security and prosperity for all.

Media are permitted to use the following in all broadcast formats: