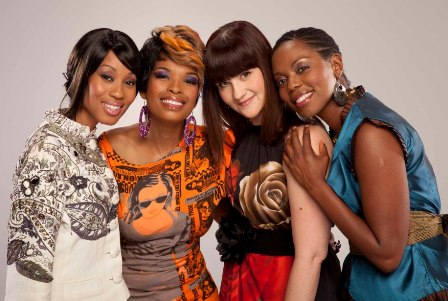 The drama series deals with the realities of life for four thirty- something year old South African women living in Johannesburg and how they go about finding love, sex and relationships.

“We are very excited about how well this production has done as this is testament of the quality of the programme and achieves the underlying objective of entertaining audiences and at the same time educating and informing them on sex, love, and HIV,” said JHHESA Deputy Director, Lusanda Mahlasela.

“This is a great honour and recognition for 4play, a series which was written and directed by women for women. Quizzical is dedicated to creating more opportunities for female creatives to showcase their talents in the film and television industry. We congratulate all of this year’s amazing winners.”

“The entire team – from production and crew to cast – worked tirelessly to deliver a show that resonates with South Africans and the accolades received pay tribute to this’, says Monde Twala, e.tv Channel Head.