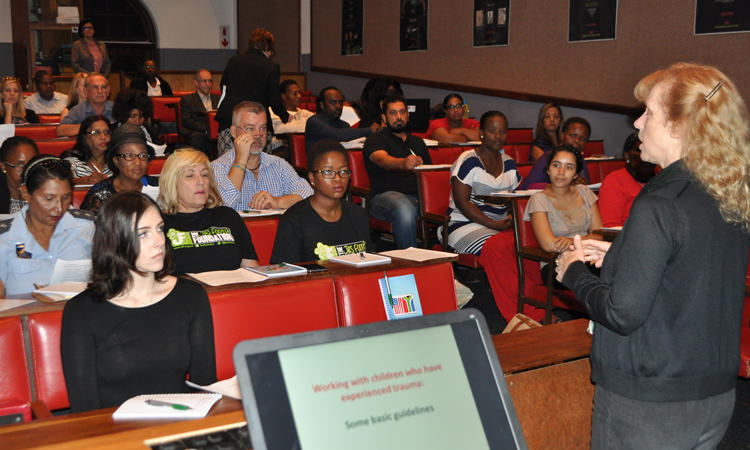 Helping Those Who Assist Survivors of Sexual Abuse

On the heels of the global “16 Days” of Activism against Gender-Based Violence Campaign, the U.S. Consulate in Durban hosted a workshop at City Hall on December 14 for more than 50 social workers, counselors, law enforcement officers, and other professionals who deal with child survivors of sexual abuse and trauma.
U.S. Fulbright Scholar Professor Susan Kreston, an expert on working with victims of child abuse, child trafficking, and exploitation, led an interactive discussion on psycho-social interventions and navigating the legal system.

The workshop covered the intricacies of working with child victims, including the basics of preparing young victims (and other victims of child abuse) to testify in court.
Professor Kreston underscored the importance of treating victims with compassion and dignity, while emphasizing the scope of the problem. She cited a study released by the University of Cape Town indicating that one in every three South African youths has experienced some form of sexual abuse.

Professor Kreston is a legal and human rights consultant who has worked with many national governments, including the South African and United States governments, with a focus on crimes against children and gender based violence.